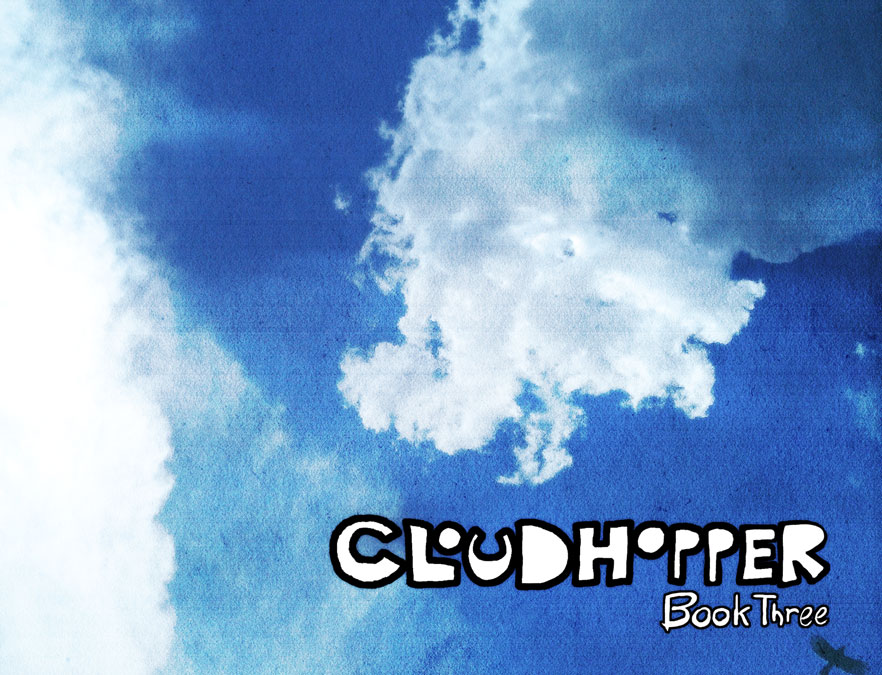 Cloudhopper Three struggles to its feet, bleary-eyed, wondering what day it is. 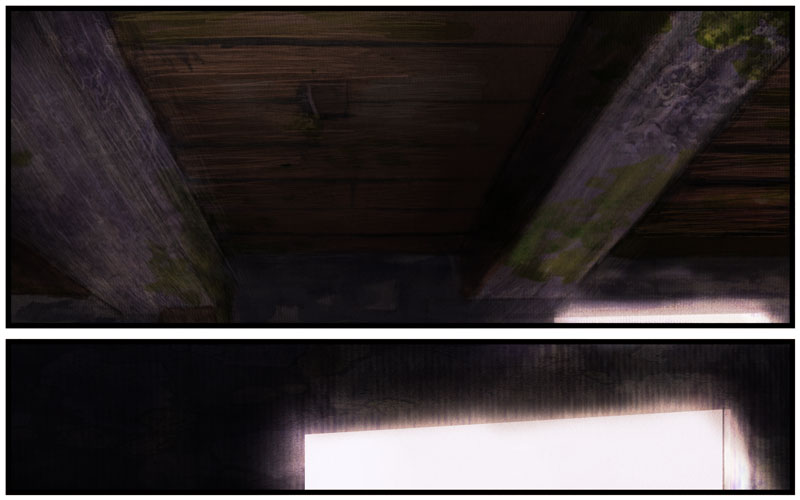 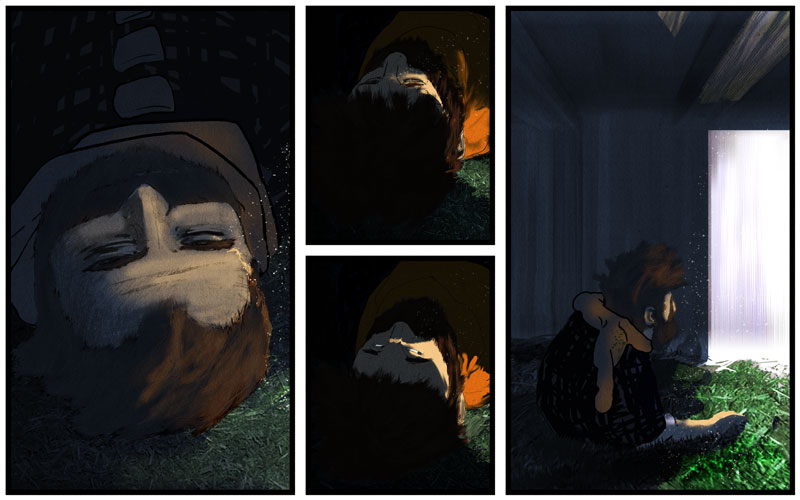 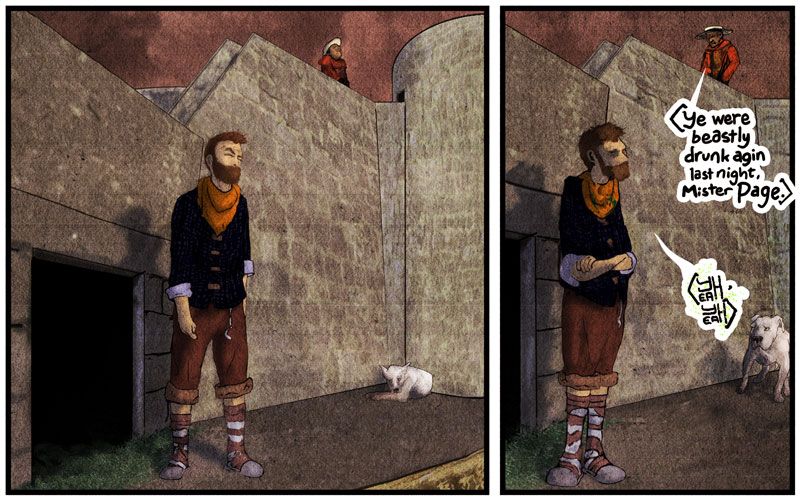 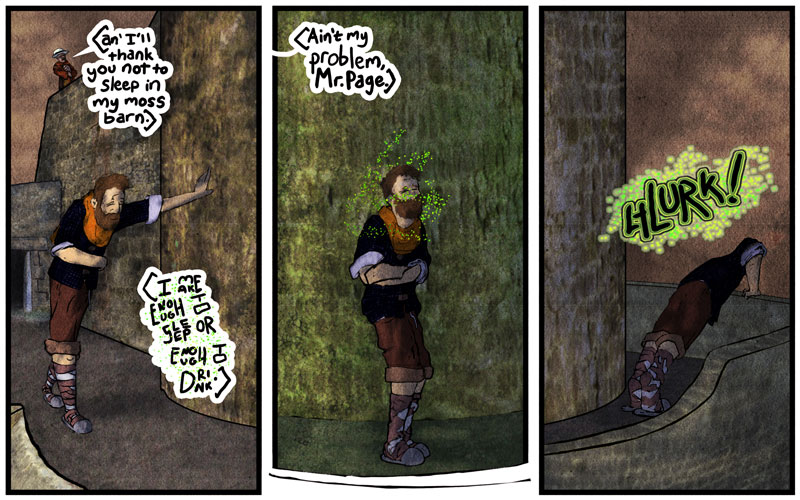 Serialized weekly from now on until about seventy-two weeks from now, Book Three details the shocking truth of life among the clouds! Thrill as Dan is revealed to be the cad he always has been! Gasp as he discovers there are other people even worse than him! And prepare to be amazed by the ending, which is going to be very difficult to draw!

Really, the whole thing’s being difficult to draw lately. All this architecture like a low-rent Piranesi, driving me round the bend. I’ve learned how to do complex perspective with a computer, but have not learned how to do it quickly. 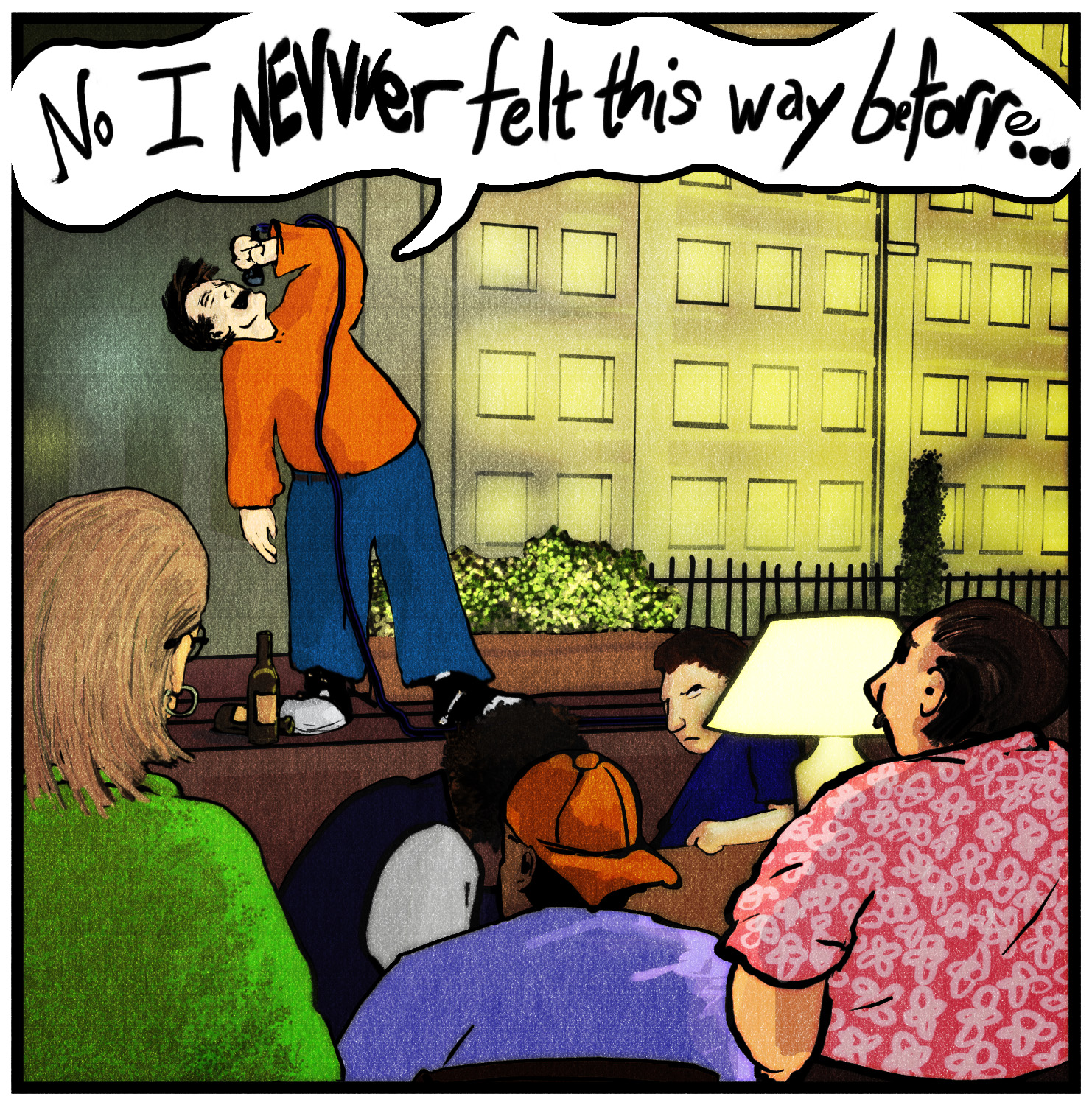 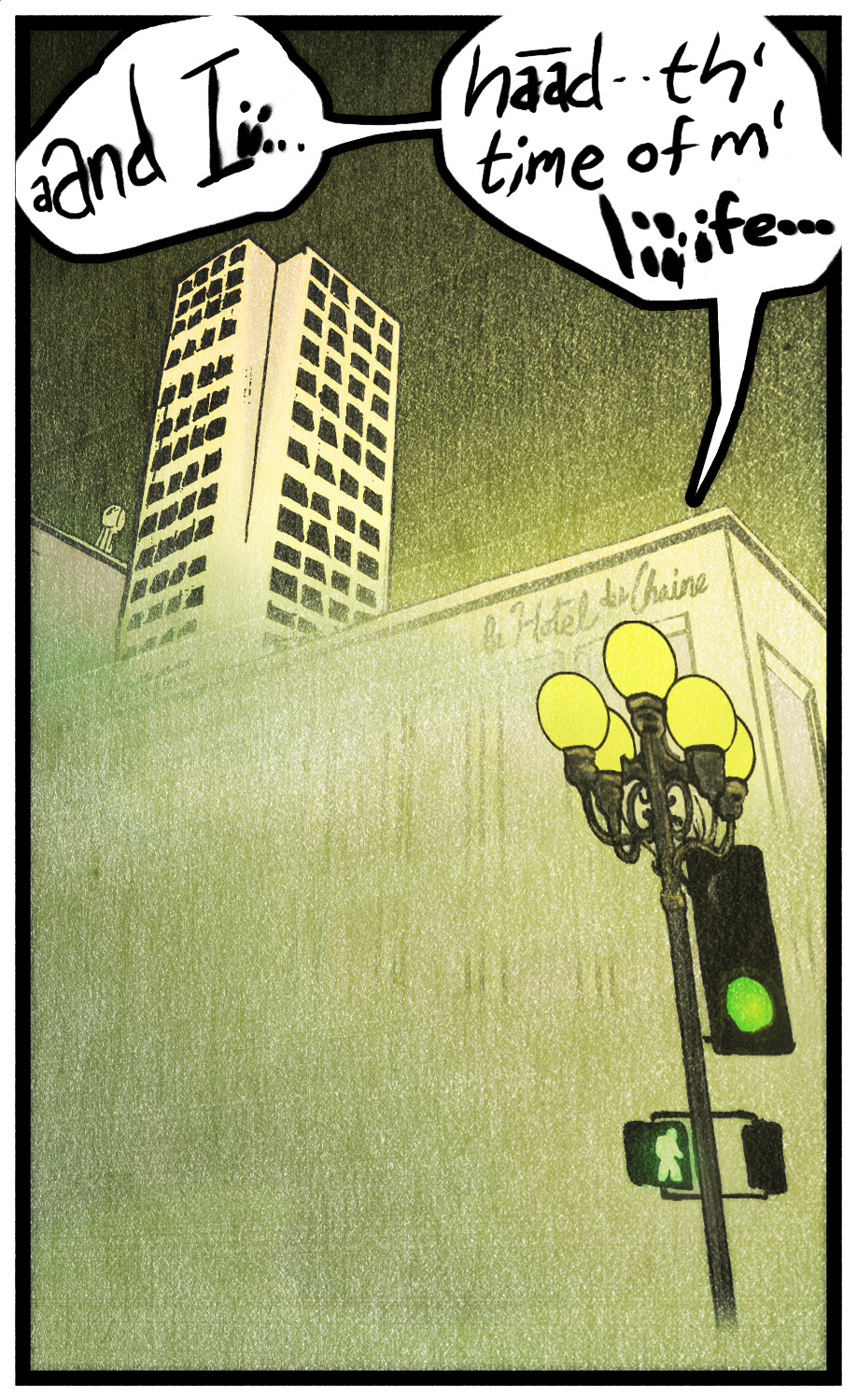 We have three thousand copies of our new newspaper, Rocksalt. It’s a monthly paper I’m doing here in Austin with Jeanne Thornton and the Austin Sketchgroup and random people around this world and internet. It’s basically the newspaper comics section without the newspaper.

We made the first issue, ran some ads, and printed three thousand, three hundred copies. All this weekend we were giving them away/selling them/shilling for donations with them at Wizard World Austin. We got rid of three hundred. Three thousand to go!

One amazing benefit of this is that, from now on, once a month, Jeanne and I will have to visit all of Austin. Quite a view of this city of ours.

Today I distributed another three hundred or so, starting at the Convention Center (because I’d accidentally left my bike there the night before) and moving up to Congress in a big loop to the Capitol and back, then over past Occupy to Barton Springs. As you can probably tell I designed this route to bring me to Barton Springs at the end.

Here are all the businesses that agreed to take copies of our paper: 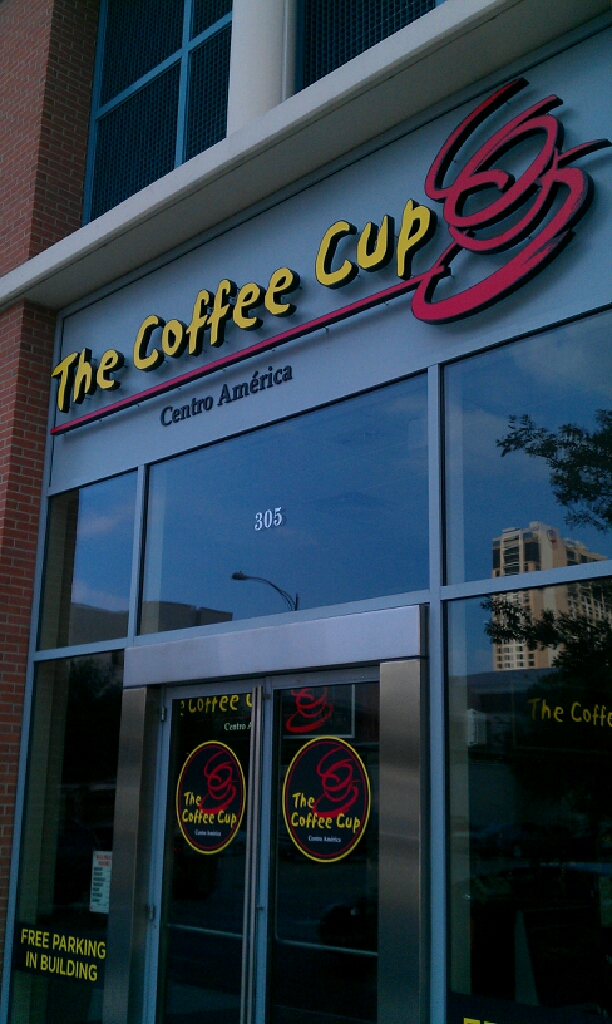 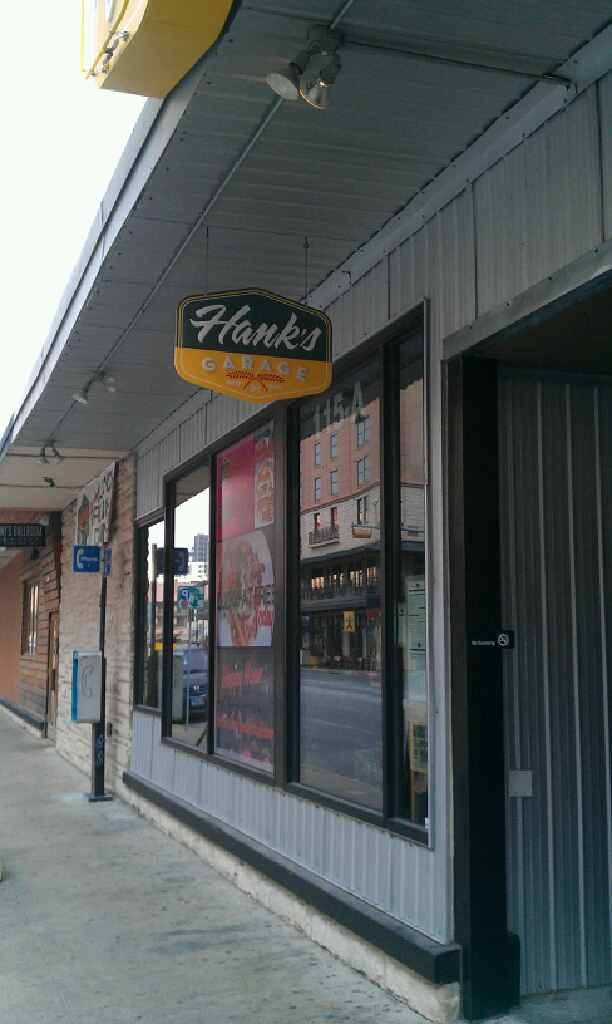 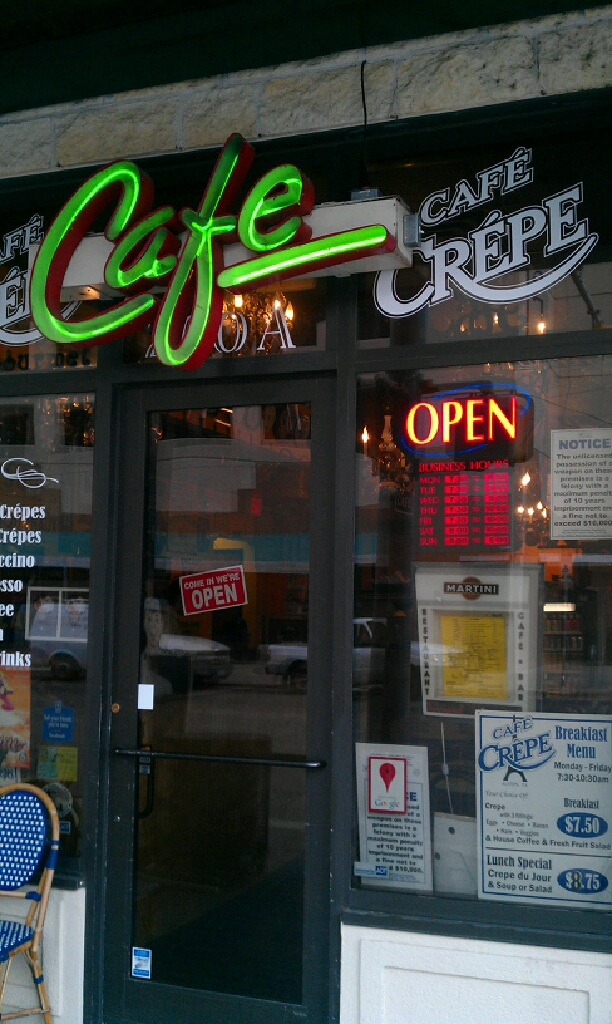 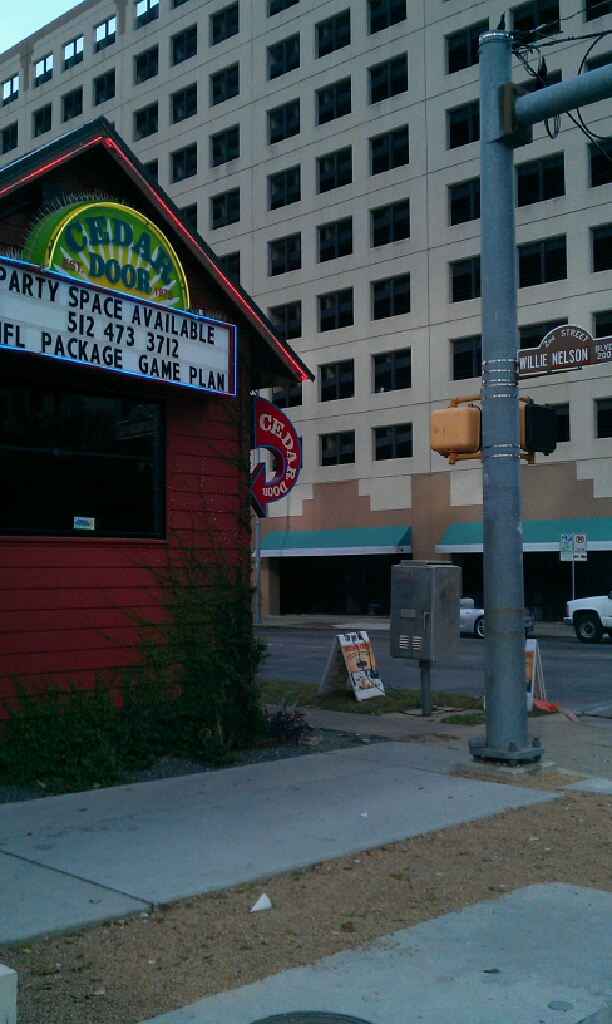 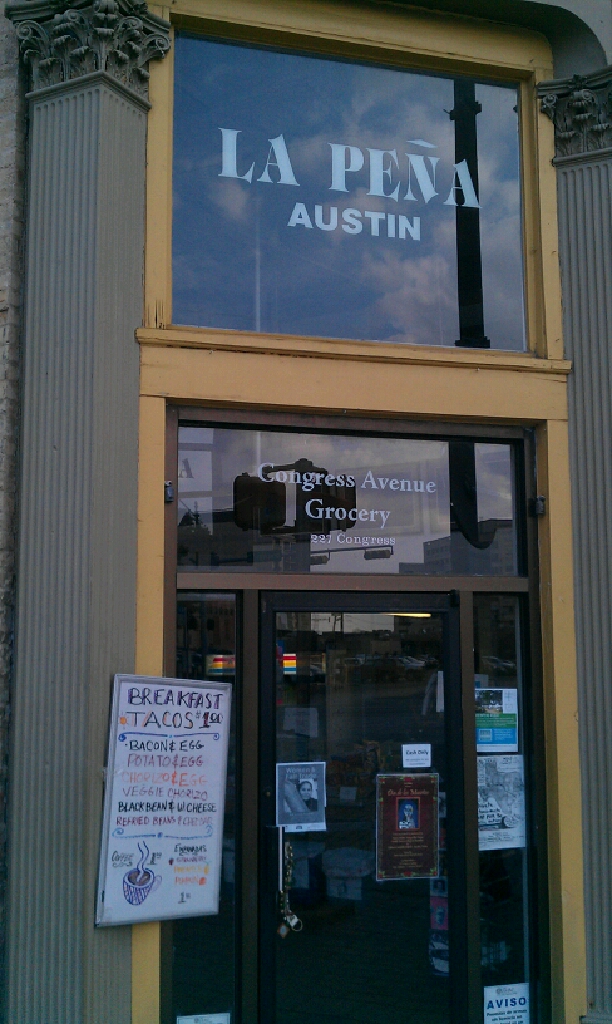 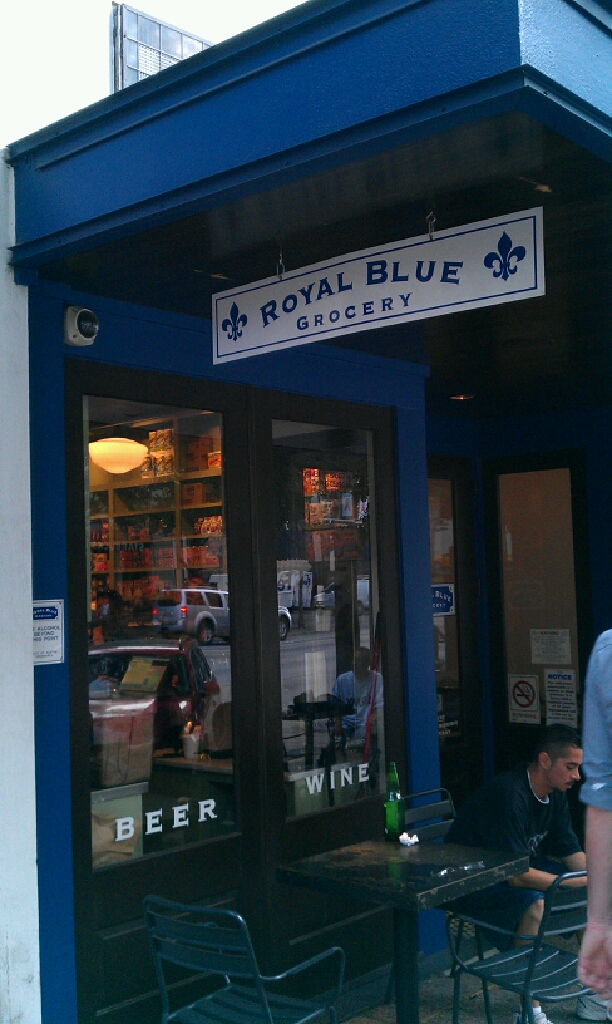 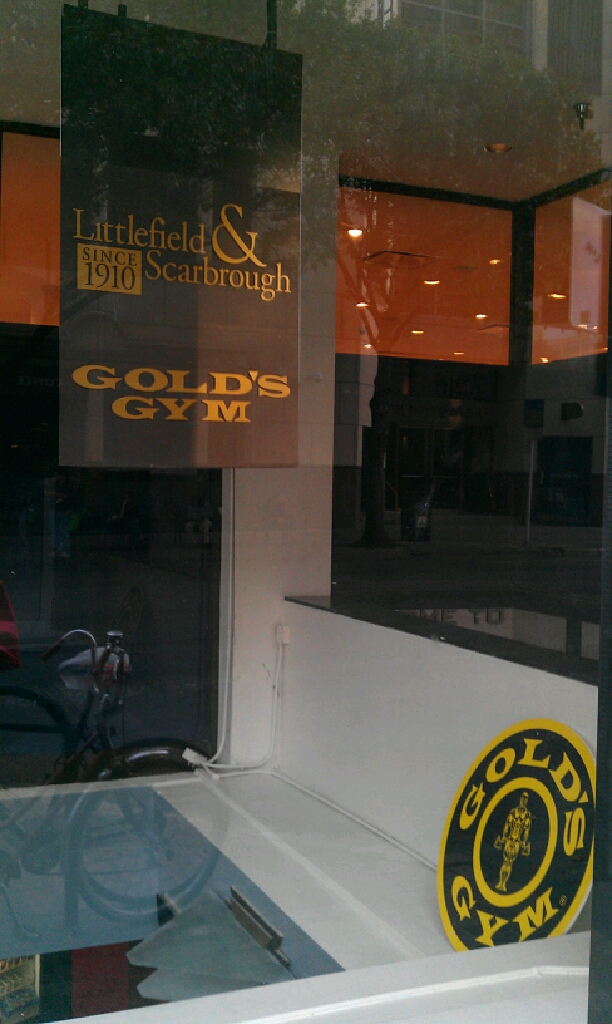 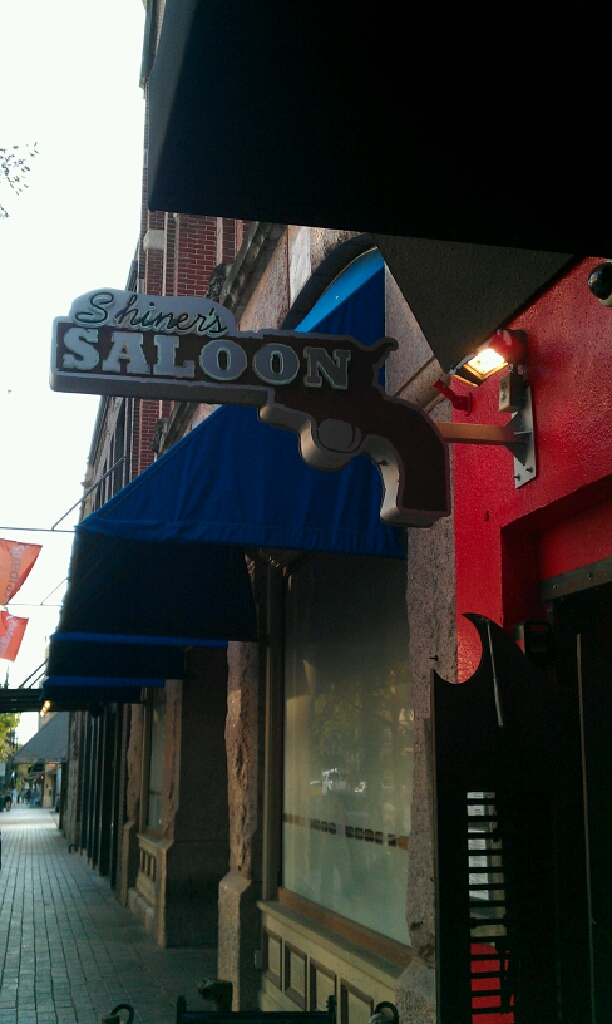 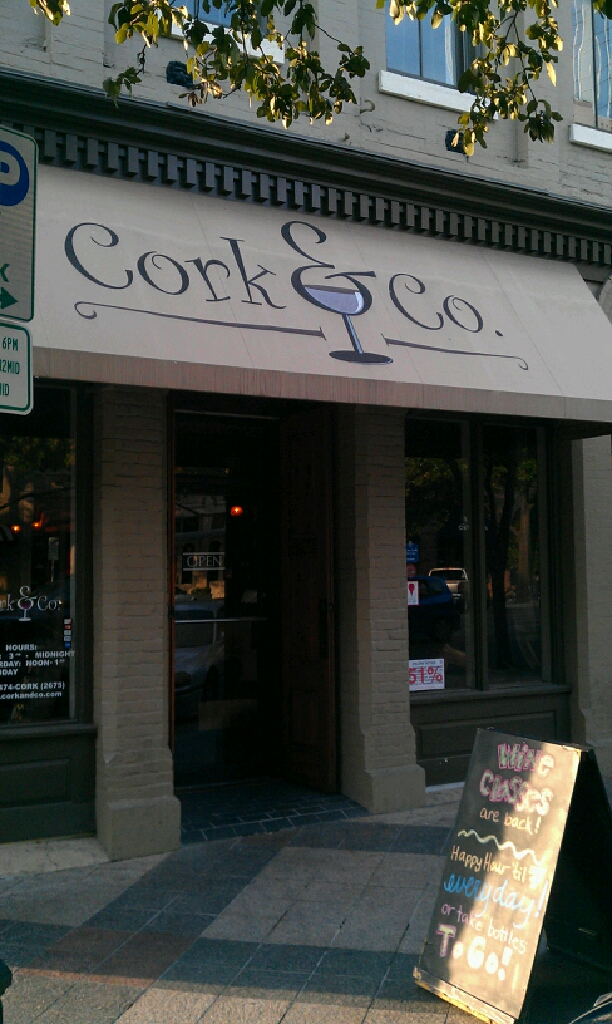 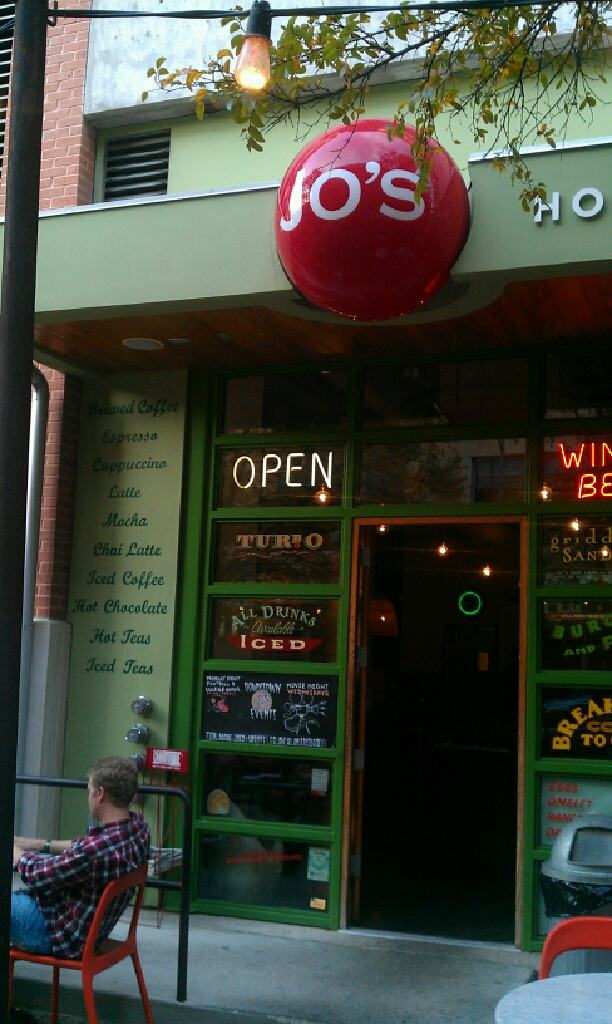 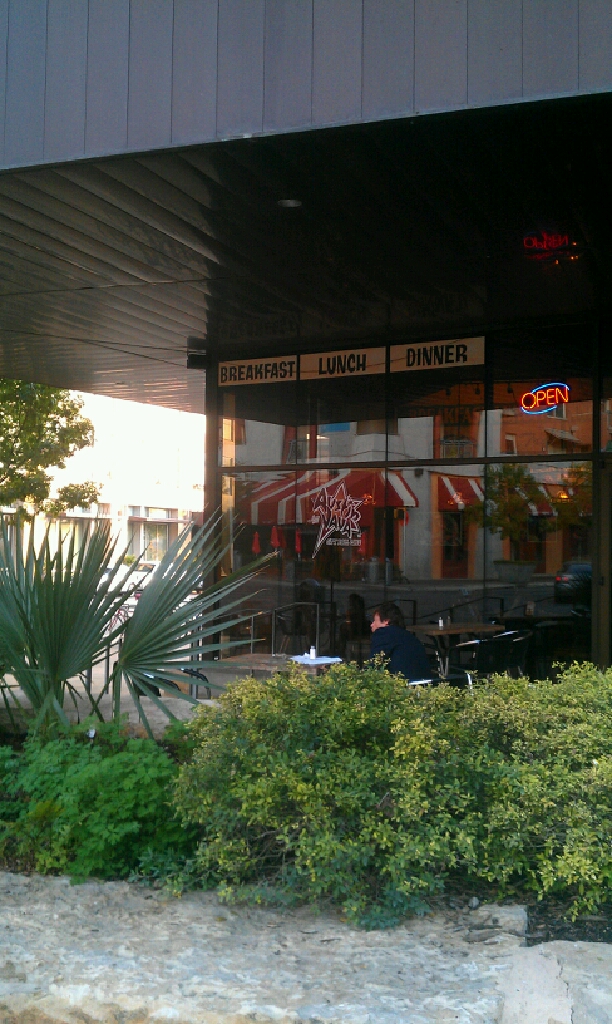 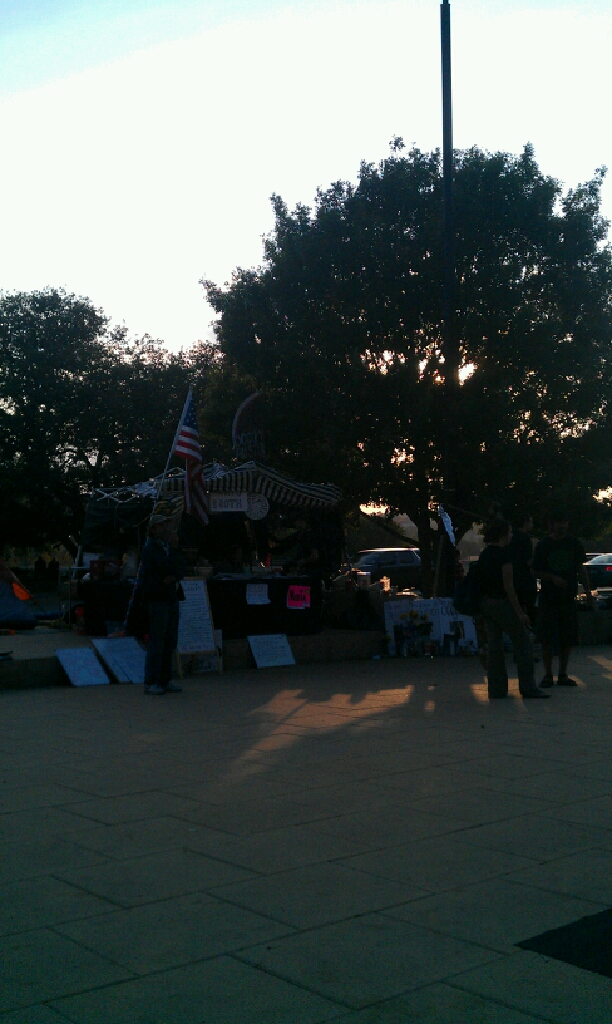 Not technically a business, but I dropped off a stack of comics at Occupy. I figure they’ve got time to read. 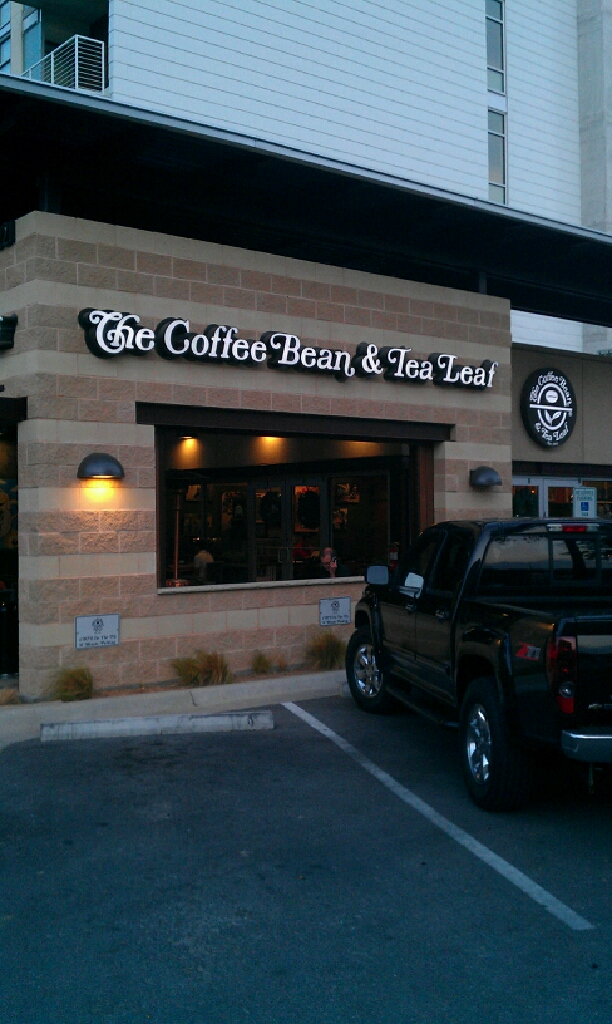 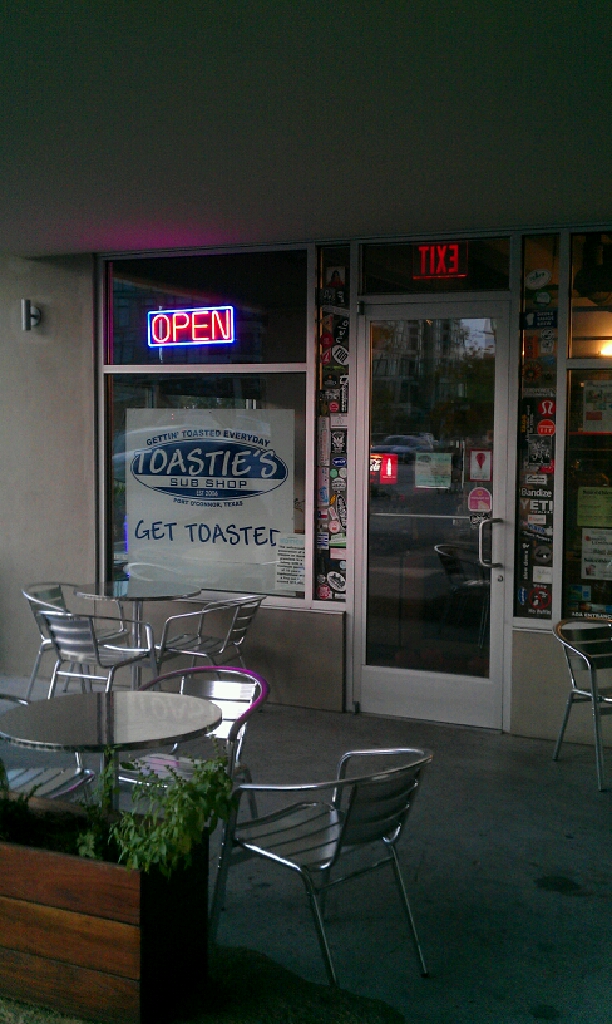 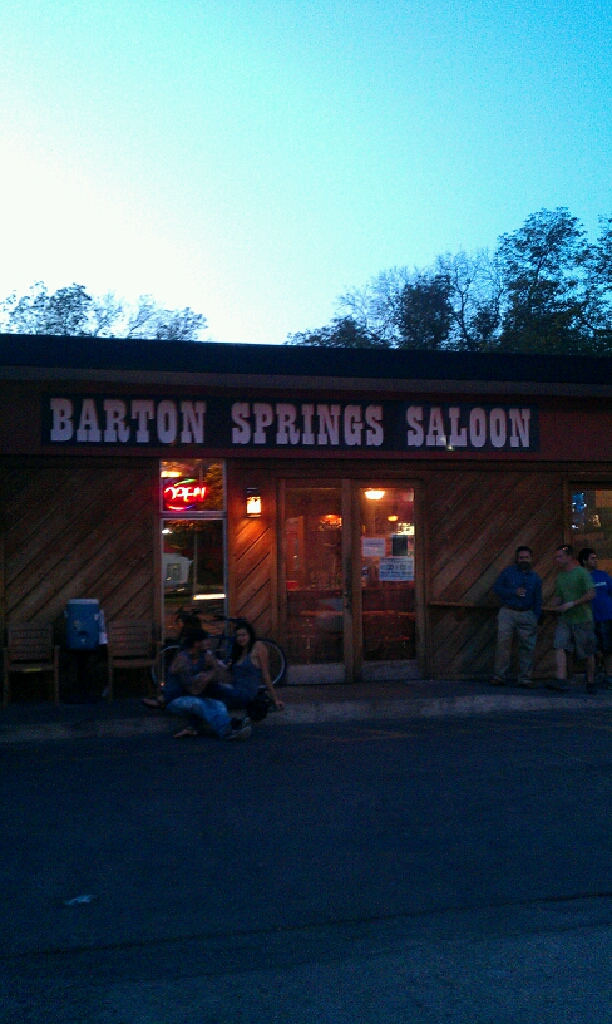 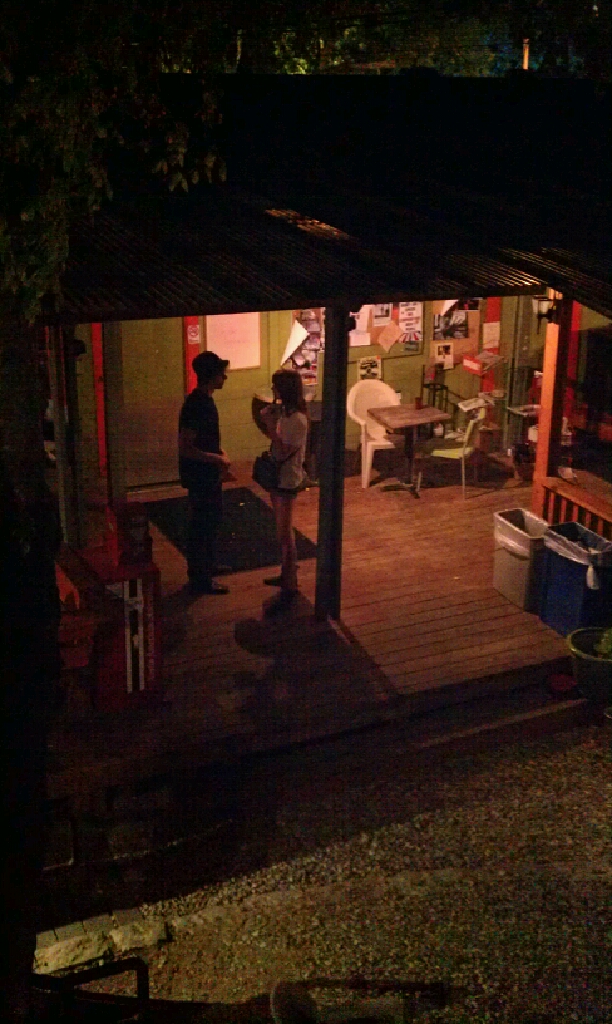 And then it was dark so I went swimming. All in all it was an extremely rewarding day, and I think I may have sold an ad or two so it might even have been a bit profitable. It was definitely fun. It turns out that it is extremely easy to get businesses to take free comic books to give away. In the eyes of the average consumer, the right price for comic books is “free.”

In other news, if you are an artist and you are reading this and you want to submit work to our nifty little black-and-white periodical, you are positively encouraged to do so. You will get paid eventually, probably.

We’re going to start with Austin distribution at first and then see how it goes. Looking at the numbers, I think we can get this to pay for itself and a bit of our rent fairly quickly, and then we’ll just decide what we feel like doing. Since there are no news items in the comic, or movie reviews or horoscopes or whatnot, it can sit on the stand as long as it likes with no loss of value. 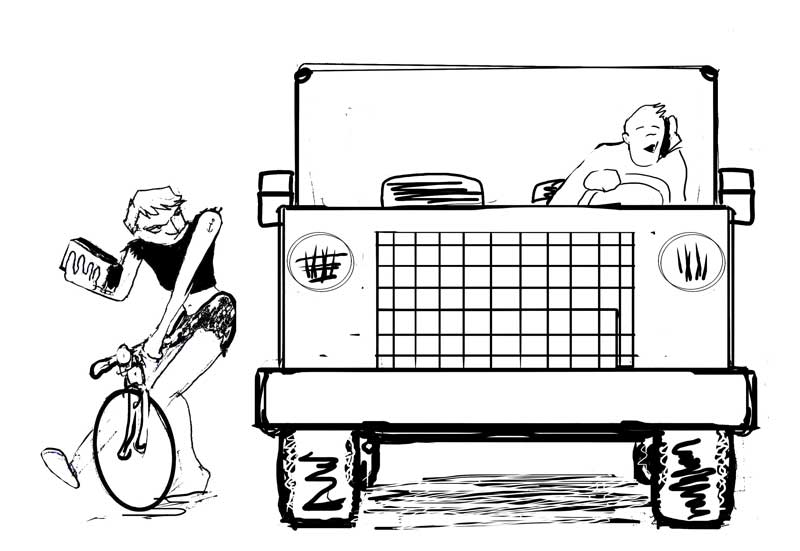