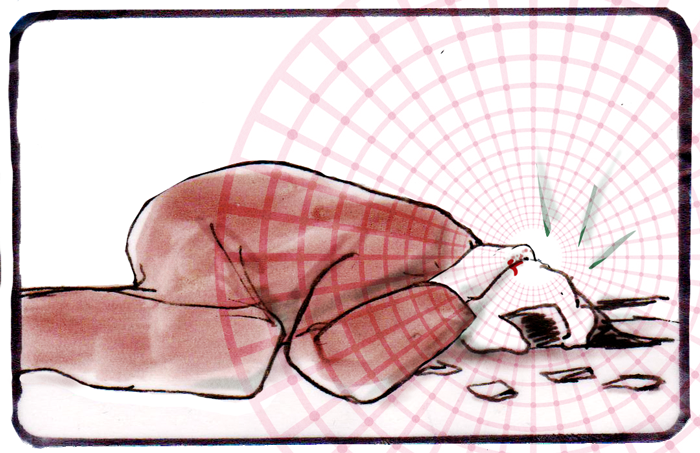 I wrote a random little article about a weird Austin landmark:

Easily the most-read thing I’ve ever written. Thousands of people have read it. Probably has more hits than everything else I’ve ever done combined.

I dunno. It’s a pretty good article. I think I’m at my best when I’m talking about death. I see a lot more possibilities in death than most people. 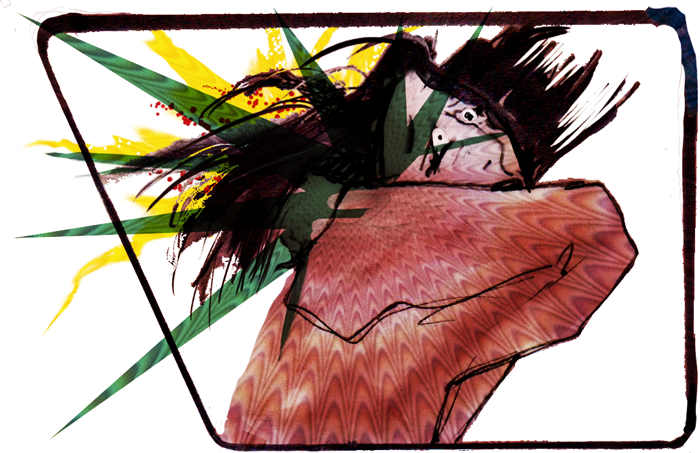 I am of the opinion that things don’t hurt enough in fiction. In real life, things hurt really, really bad. Hitting their shin on a chair is enough to paralyze a linebacker sometimes. To the extent that there are symbols and themes running through my work, I think you’ll notice that most times, when people get hurt, they get hurt really bad and they stay hurt for a while.

From this moment on this character’s life has changed. Everything will be divided into things before this moment and after this moment. 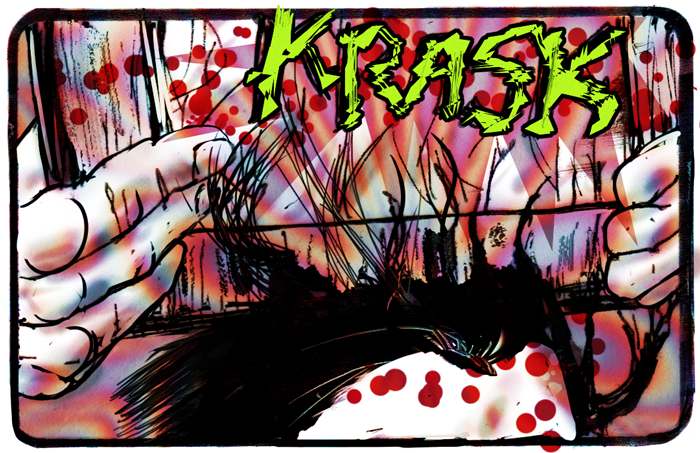 The mysterious individual seen in this week’s post will not be seen again for some time, but it will be impressive when he re-appears. 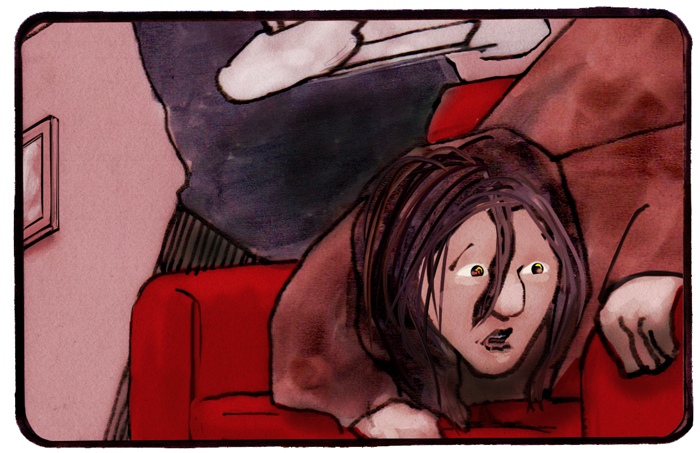 I’ve noticed a problem that some people have, over and over again, when they move to Austin. I had this problem when I moved here myself. Austin is a volitional city.

That makes it different from Oklahoma City, or Winston-Salem, or Polk County Florida. It is not a place where you are “from.” It is a place where you want to be. Everybody in Austin, and in the decade that I’ve lived here I’ve seen nearly every actual native driven out, is here because they believe in something about this city and they want to be part of it.

What this means is that you have to check your problems at the door. Nobody cares if you’re depressed in this town, and that’s a wonderful thing. We do not all have to hang out with each other. If you are trapped in your own boring grudges and resentments, then…well, there are plenty of people around who aren’t. This isn’t someplace that you happen to be from, this is someplace that everybody is working to be.

So those of us, like myself, who considered how depressed they were to be a fascinating topic of conversation are in for a world of trouble here in Austin. Nobody wants to hear it.

It’s not that nobody’s depressed here, but if you come to this town without much to offer then nobody’s gonna talk to you, and it’s as simple as that. Why bother? There are fun people to hang out with at the next table over.

Me, I like it. It was a shock to me at first that nobody wanted to hear the details of my lack-of-a-love-life and my existential New Jersey angst. But gradually I realized that I didn’t want to hear about it either. Leave it behind. 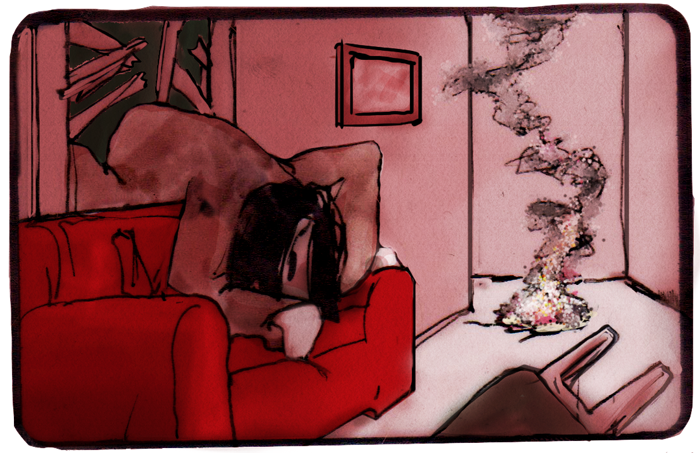 I just this second realized that Watchmen is about systems. Everybody in the story has a system, an abstract order that they project on the world. It could be old Night Owl’s cars, new Night Owl’s interest in mythology, Dr. Manhattan’s watchmaking past, Sally Jupiter’s Tijuana Bibles, Ozymandias’s perception of the world as a Doomsday Clock, or Rorschach’s violent vigilantism. They all find solace from brute reality in abstraction, and all the abstractions are proven to be insufficient by the end. 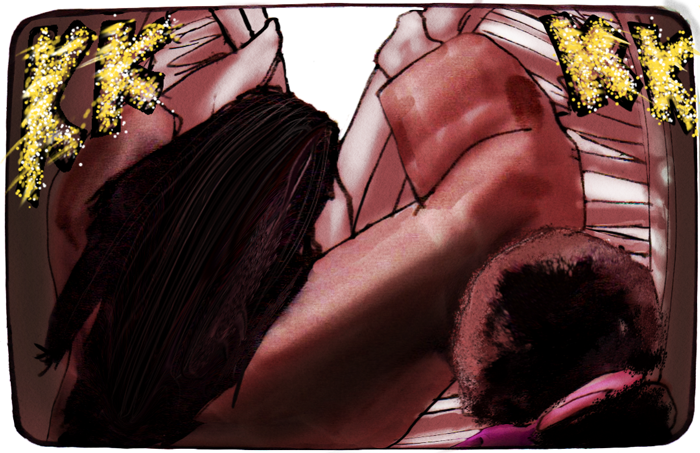 Things I have learned lately:

1. Highlights move depending on the position of the observer, but shadows stay where they are.
2. The shadows of trees make a contour map of the hill beneath them.
3. The clouds are often brighter than the sky. 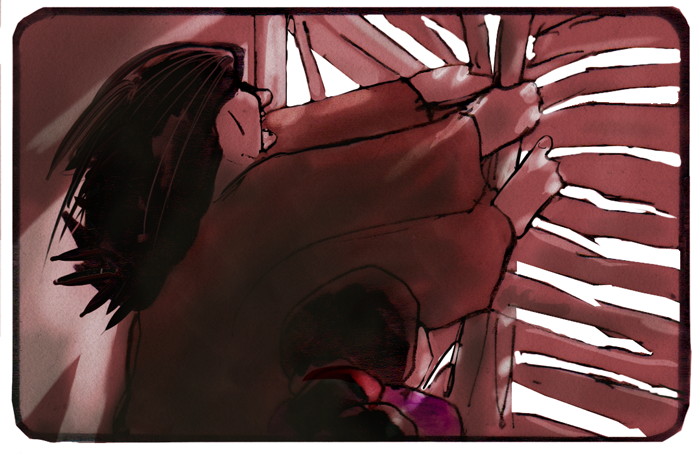 So I’m moving the story to twice weekly! Why, you ask? Because I was working on things that would post in June 2014 and I decided that I would rather you be able to read it more rapidly than that. Twice a week is a lot more work than once a week, but, what the heck.

If I were trying to make each panel infinitely pretty, like Cloudhopper, it might make sense to stay weekly. But I really just want this story to move quickly, that’s my favorite thing about it; fast and interesting, that’s all I want from Feef. So it makes sense. I don’t want to wait a year to ask you what you thought of what I just wrote. That’s no way to read a story.

Although it would be easy to manufacture a story that would keep running for years after my death…. 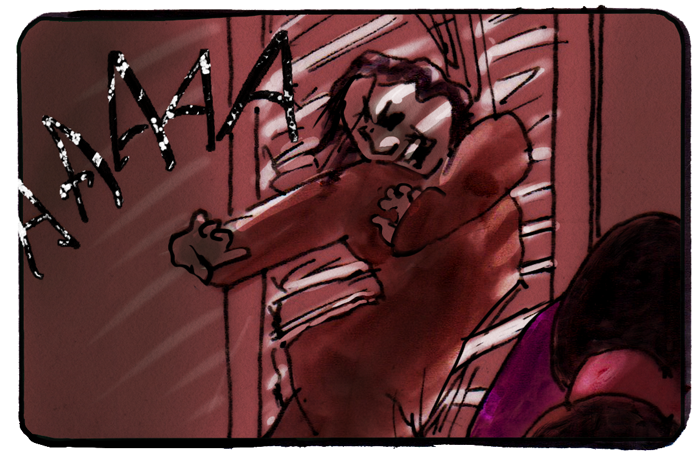 There are five Mondays in April. This is a Monday month.

So lately I have been driving in a car, and that car has a tape deck, and that means that I’ve been listening to all my old cassettes from the mid-90s. They still play just fine.

I have no problem with most of my early 20s music New Jersey music. I was really into Charles Mingus, Astor Piazolla, the Replacements, Thelonious Monk, Tom Waits, the Archers of Loaf, Man or Astroman, and Duke Ellington. Robyn Hitchcock and Elvis Costello aren’t really holding, but they do write some interesting music. There are only two bands that I really cannot fathom what I liked so much about them. They are the Pet Shop Boys and the Judybats.

The Judybats have become something of a puzzle, because I put them so determinedly on so many mixtapes, and they so clearly do not have what it takes. But they tried so hard! Here, check this out:

Okay, the next song on this one tape is:

1: one of these bands has it, and one does not. That’s undeniable.
2: Dead Can Dance isn’t even trying! I mean, that song is a fraud, it is barely there. It’s some guy reciting in an echo box in a weird meter while a one-fingered man plays the keyboard. The “jam” section at the end is the musical equivalent of a fog machine. It is nine unbearable minutes long and has less music than the Judybats do in four.

Because Judybats, on the other hand, are trying their fool heads off. They are jumping around and yelling and playing really fast and there’s a guitar solo that’s obviously by somebody who specializes in guitar solos.

But it is all for nothing, because they sort of suck.

I don’t really like Dead Can Dance anymore, but there’s a reason why people still know who they are and the Judybats are essentially forgotten.

I really liked the Judybats. I liked them so much that I even liked the next band they were in after the Judybats broke up, called Doubters Club, who I went to see play at a club called Brownies in NYC. It was at this show that I realized they weren’t really that good. I knew there were such things as rock stars in the world; I’d already seen Man or Astroman twice. Doubters Club weren’t good at this. They were just pretending to be rock stars.

I used to put a lot of thought into my mixtapes. I have more theories about the Duke Ellington/John Coltrane album than Alex Jones has about the Kennedy assassination.