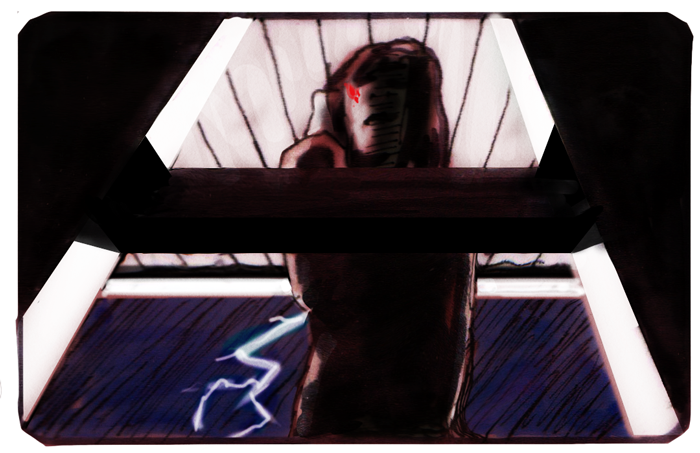 Recently I had a working tape deck and box full of all the music I listened to in the 90s. I am more than a little surprised by my taste. I was a lot more into tango music than I thought I was.

Looking back on it, I can really see why ska did not get big. I like my Moon Ska compilations though.

If there is one band I truly regret listening to, it is the Pet Shop Boys.

It’s weird how much stuff I have on tapes that the internet will never provide. I cannot find Marc Blitzstein’s version of the Threepenny Opera anywhere but on this cassette tape that I made of a CD that I checked out of the Teaneck NJ public library in 1995. It’s the best version of it I ever heard. 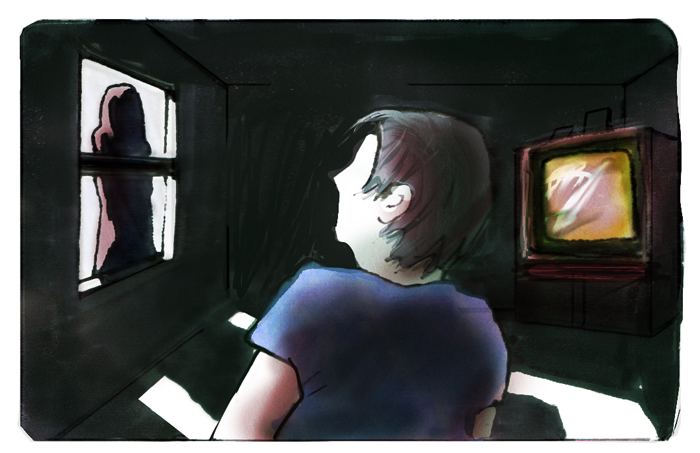 Clearing the spam off my comments thread is sort of like doing housework.

Figuring out the interweb access point and it is difficult. I have to type the magic words or the internet thing doesn’t work. I hope by the time you read this post at least some of the dumbest parts of my website are fixed. 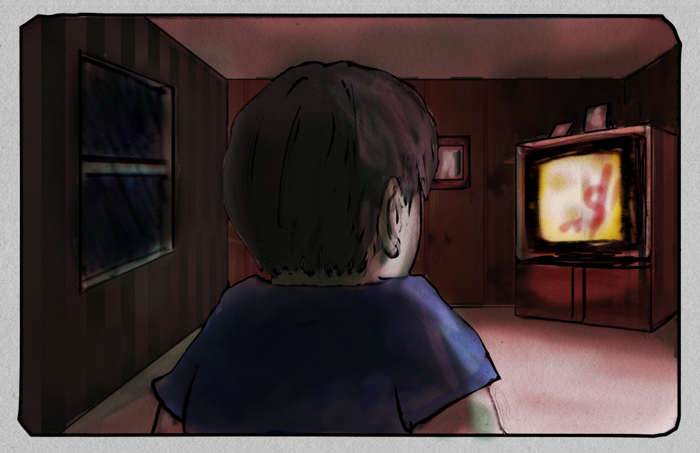 I finally figured out what Stanley Kubrick was doing that made his movies so interesting, and it made me sad, because you can’t really do it in comics. What Kubrick did was figure out how to make deliberate continuity errors in order to tell a story. He would apparently move things around between takes, during the endless hundreds of takes, and even the crew wouldn’t notice. He got so good at this weird little game that he learned to tell stories with it. That’s what the whole “secret meaning” of the Shining is; he used set design to tell a story. Pretty cool.

But I’m not sure how that applies to comics.

Guess I’ll keep thinking on it. 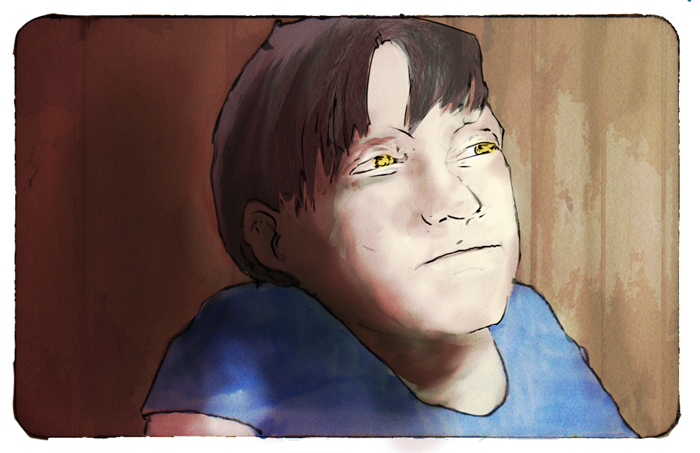 When I was a little kid I wanted to be a writer or a Private Investigator. I never really made up my mind, but the kind of investigation I wanted to do was not really available. I wanted to be one of the Hardy Boys, but they get knocked out a lot. That’s hard on the brain. 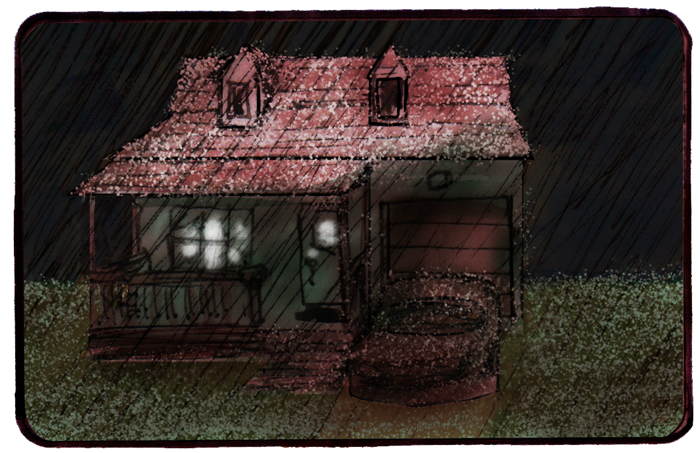 You know who needed a gun? Trayvon Martin. When the NRA was silent about that I knew what was really up. 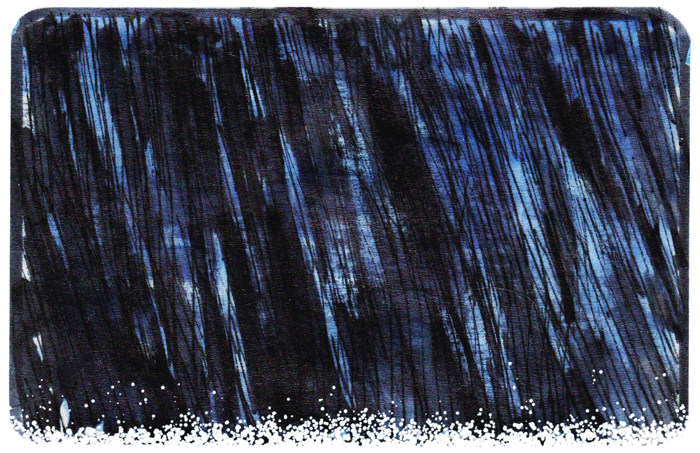 I am writing this in February, and at the moment I am putting the finishing touches on stuff for September. So yes, I think by the time you read these words, I will be seriously about ready to start doubling up on the speed. I think once I have and maintain a year lead I’ll start putting them out faster.

I just do not know how much time I am going to have to do this when my kid is born, which could be any day now. By the time you read this the kid will already be four months old and probably embarked on her first road trip with her parents. Right now in February I’m just trying to imagine the unimaginable.

One of the interesting things about this experiment has been how difficult I have found it to write anything that will be posted in the future. My sense of writing is so immediate and temporal, I can’t even imagine what will be important in June. I bet we’ll still be talking about gun control.

EDIT: as it happened, I doubled the comic a month ago. Then my computer broke and I stopped working on the online part of it at all, isn’t that the way it always goes. But I already had it at double-time up to September again, so it doesn’t seem like it’s a big deal. Right now I’m working on this story more intensely in my sketchbook since I can’t work on it as intensely on the computer. I can’t help noticing how the stories I do reflect the technology and the circumstances. Cloudhopper began as a story that I did in coffee shops in twelve-hour stints on a tablet PC, interspersed with line art from sketchbooks. Feef is something very different. The first sequence began as a project to work on when I didn’t have a computer last year. I have a computer this year, but it isn’t working right for art right now so I’m drawing this new sequence in pen and ink and writing a lot.

Anyway, I have about 40 more panels to lay out and the entire first book (which will be about 300 panels) will be designed. No telling how long it’ll take me to finish it but wouldn’t it be neat if I had it ready for Wizard World in November? Wouldn’t that be nifty?

The funny part would be if I was done with the first three hundred panels by November, at which point the web version is going to be up to about #88. I’m probably going to have to increase the speed of these updates again.

It’s super cool that I’ve found a working method that actually goes quickly. I can fly through stories in this style. Who knew that limiting my panel size was the key to getting me to work quickly. I guess the manageable file size of my brain is exactly one panel.

I should eat more gingko biloba or something. 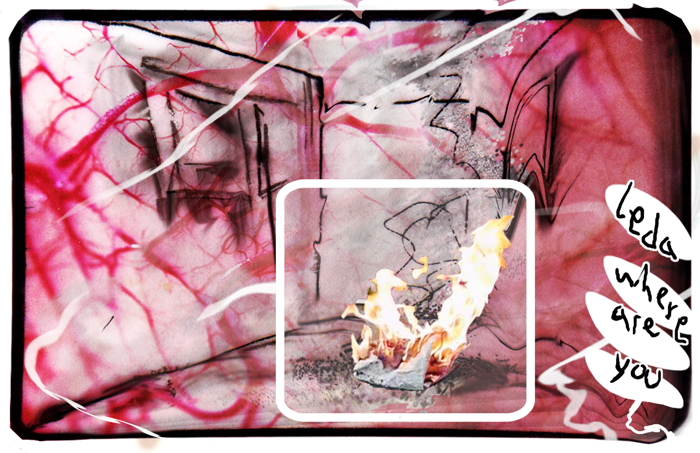 I hope this looks like it hurts. That will be important later. 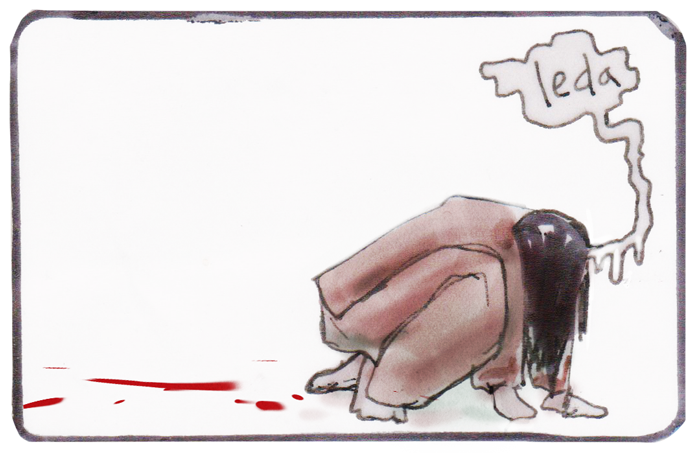 You would be pretty amused if you could see the looney method I’m using for this comic. It’s definitely and by far the most involved and intuitive process I’ve ever used. Leaving aside the craziness with the vellum, and yes, every panel frame of this comic is a traced credit card, the way I’m doing the color is so nuts that I don’t think it’s transferrable. Basically all the important primaries are done on the vellum with prismacolor markers and then it’s scanned, the contrast is bumped up, and the colors are layed down with color overlay layers set to “multiply.” There are five layers on each panel right now (that may change); two purples, a red (which is terribly close to the purple), a yellow, and a green. Combined together they give this murky, limited palette that helps me to tell the story. The colors are important parts of each characters, and (instead of the usual oversaturated muddle that I draw) spot colors and novelty colors are actually shocking. I like the effect.

Fun fact: I scanned a blank piece of paper in January 2007 and have used it as an overlay layers on literally everything I have done since. 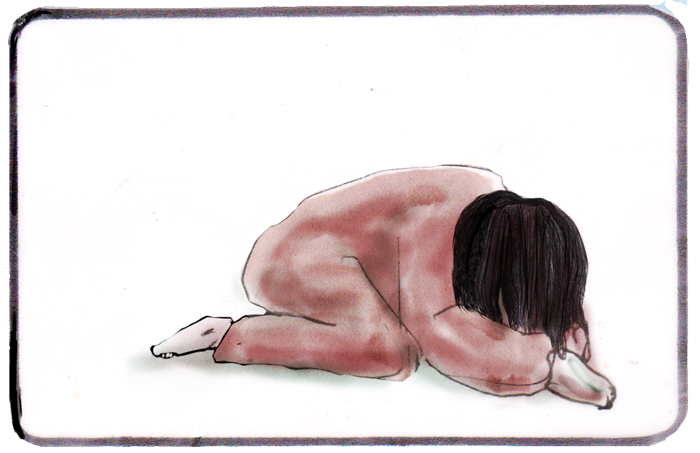 I’m going to be at a convention in San Marcos this weekend, Friday and Saturday. That means Free Comic Day, so come on down for your free comic!

I’m in Artist Alley, somewhere. San Marcos is a really amusing place and I’m looking forward to visiting again. Try to take in a river cruise or what have you.