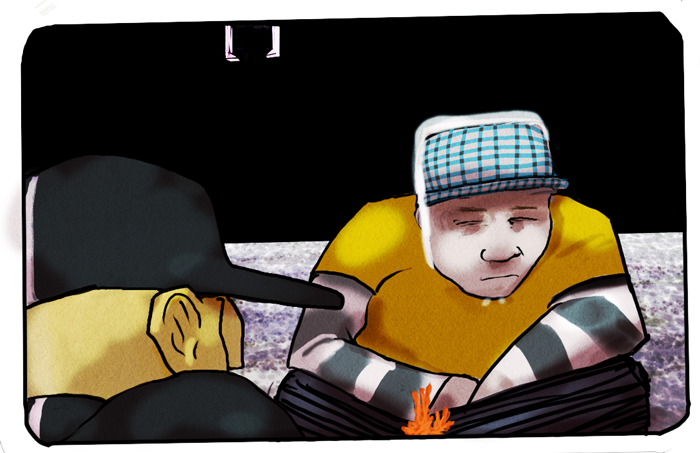 I watch a lot of French youtube videos with my daughter. Maybe we’re both learning something? 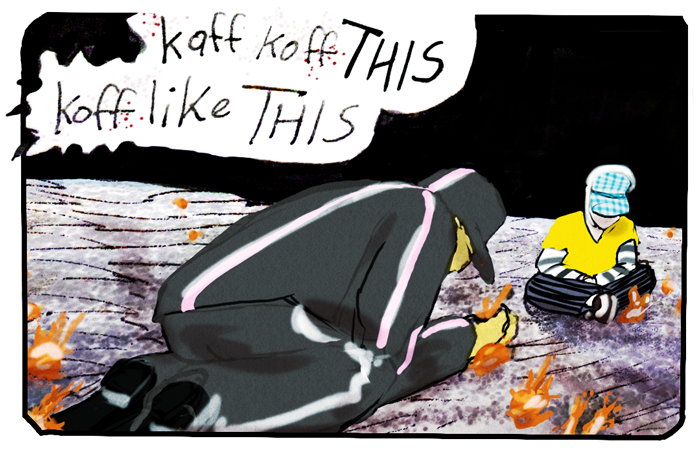 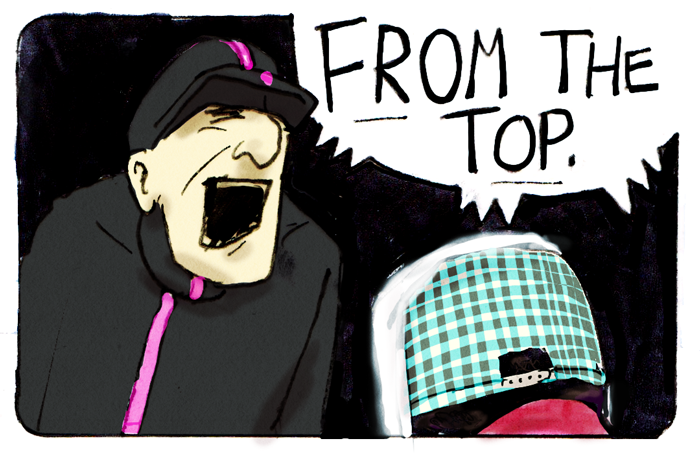 This is a picture of a DJ dressed as Papa Smurf holding a large framed version of a drawing I did depicting an Oompah-Loompah punching Thomas the Train.

I’m not sure I understand it all either, but that’s more or less what this is. 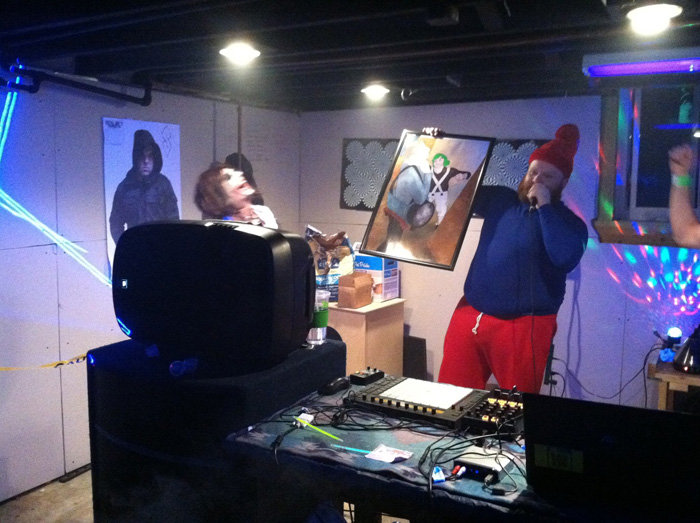 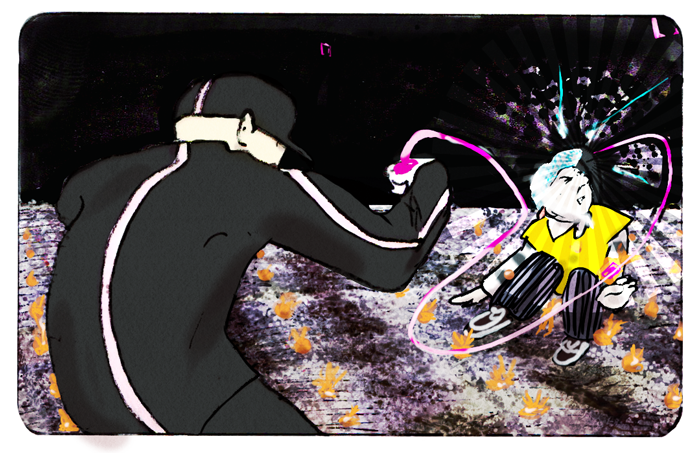 In 1066 England was conquered by an army of about 7,500 Normans. These days we have much bigger problems. 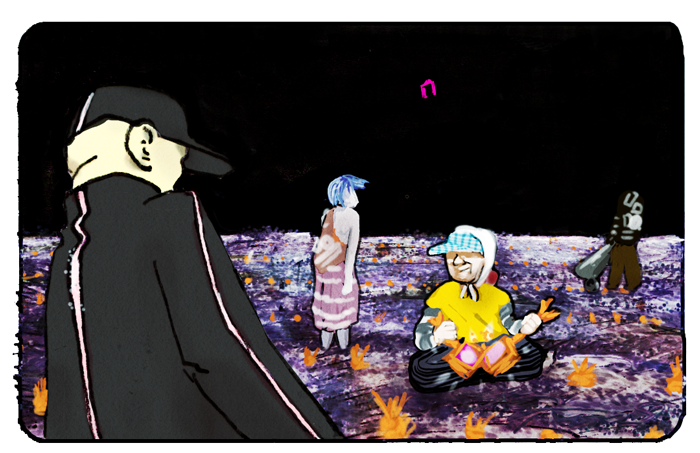 I stay up all night drawin’ the comics, because it’s what I like to do. I probably shouldn’t as much as I do. I don’t care, because comic books are one of the four pillars of the universe and they require a lot of time from their self-appointed priesthood such as myself. 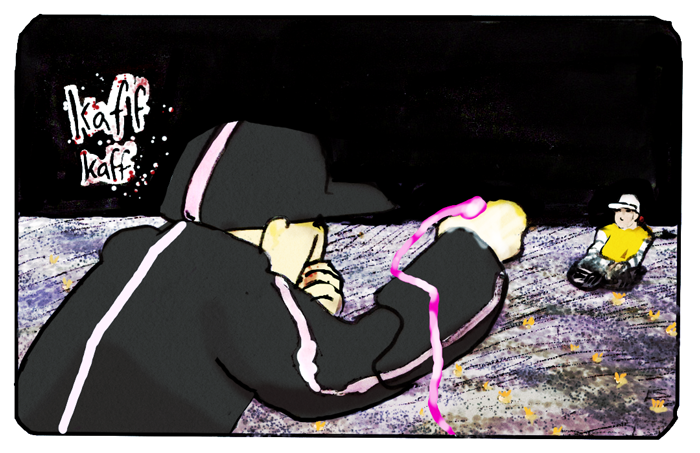 I don’t like zombies, but I like that you like them, because it lets me know what I can draw that you will probably pay for. Maybe not you. Maybe your twelve-year-old nephew.

If I knew what else was popular, I’d draw that too. I’m suffering through the Walking Dead right now, which is the first show I’ve ever watched all the way through that was as bad as I thought it was going to be. As far as I can tell that show has absolutely nothing going for it but the fact that it is the world’s longest zombie movie. We really love apocalypse procedurals, but they’re damn hard to do. The Walking Dead is the closest to good that we have, and it’s really far. 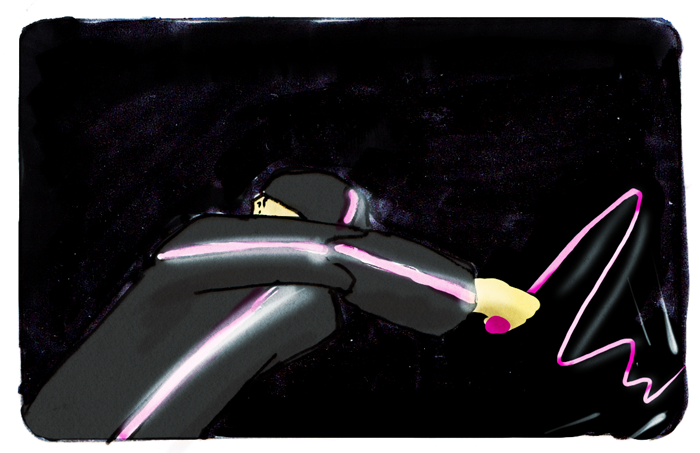 Watching human vocal cords come online, as exemplified by my young daughter, is delightful. The aspirant sounds seem to come first, the hhhhhhhhhhs and the uhhhhhs. Interesting that the word “aspirant” has both meanings like this — she’s a fairly aspirational little girl. She has things she wants to do, places she wants to go. She wants to know what’s in that cabinet. She wants to know what happens when you bang the car keys into the wall over and over again. 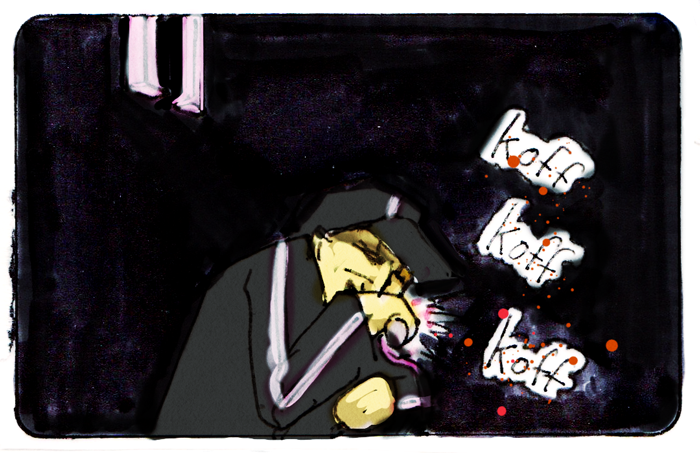 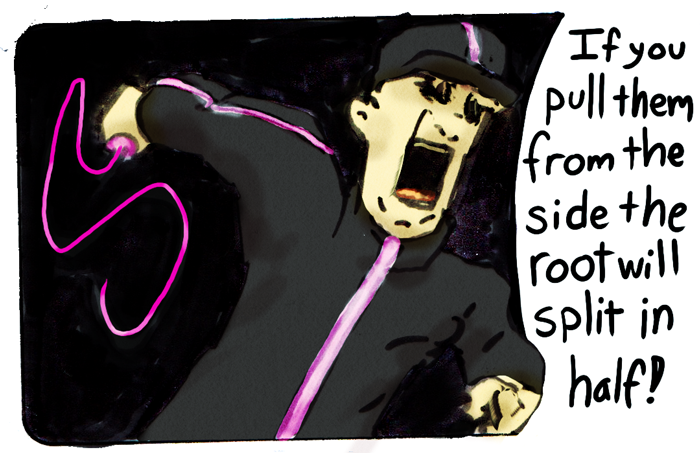 The thing is that the Internet did not actually change the way we do business.

It just distracted us long enough to forget everything we ever knew. It took very little time.

All the old ways of business are still out there, exactly where they were. A little confused now that nobody is paying attention to them.