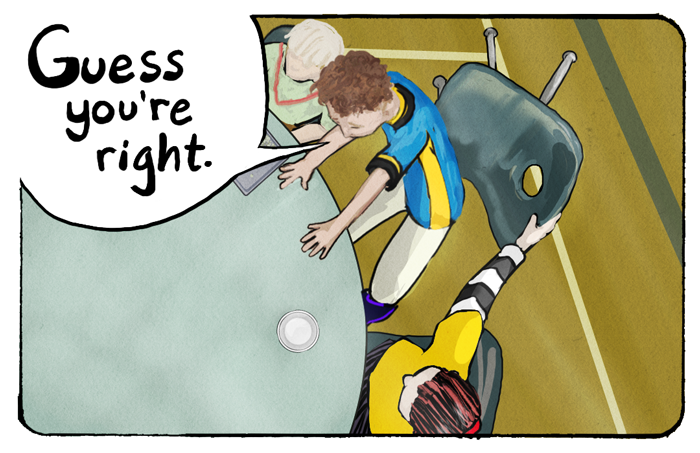 People don’t know about the Port Authority. It’s too bad, because they are one of the mystical white elephants of the American political landscape, an ancient and ornery organization that reaches out to re-orient global politics every ten years or so. And you thought they just ran the bus from Manhattan to Hoboken! Oh, no, my friend, so much more.

What I know is New Jersey legend and supposition, and I’ll point out that it is not particularly well supported by wikipedia.

This is where the story gets weird.

The legend has it that the ports of New York City were controlled by the Mafia. Now, this is a pretty well-known legend; perhaps you might have seen a movie or two. Perhaps one might say that it actually happened.

NYC mafia of the early 20th century came in two flavors: Italian and Jewish. Italian mafia controlled construction and sanitation. Jewish mafia took over the ports. They took over the Port Authority. And for a while there they controlled immigration to America.

Or at least that is the legend. It’s difficult to look this stuff up without running into some pretty dire websites. I’m assuming that we agree that the Jewish Mafia was a real, historical entity that existed and did things.

I’m cautiously asserting that the Mossad, which predates the nation of Israel, which in fact is primarily responsible for their being an Israel at all, comes from the Jewish Mafia of NYC in the early 1900s.

So the Port Authority is literally the older brother of an entire nation. But they don’t run immigration any more, or much of anything. They just own things. They own the Lincoln Tunnel. They own the George Washington Bridge. They make something like $18 million a day off the GWB. It costs them about $1 million in maintenance a year, and of course they gotta pay the toll collectors. But everything else is pure profit. All they do is take money from the people who want to come to the biggest city in America. It’s a good gig.

And this is who Chris Christie was gonna mess with? He’s gonna cut into their revenue, for what? To piss off the mayor of a town in Jersey? Most people had never even heard of Fort Lee until they got trapped there in an all-day traffic jam. So to control this dinky little mayor, Christie…

….who by the way scuttled the new Jersey/NYC tunnel that they had been planning for years, so he was not exactly beloved by the PA…

…so to crush a local politician under his thumb, Chris Christie is gonna cut into their revenue? No sir.

Christie does not know who he’s messing with. As I write this he is not in jail yet. By the time you read this he may very well be. 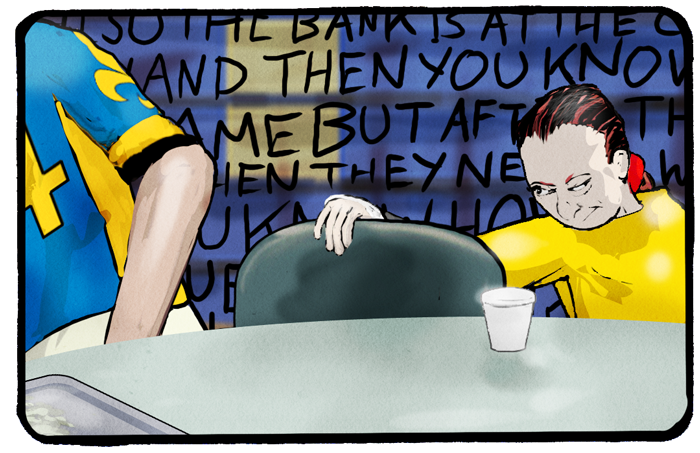 Here is a list of terrible but technically feasible breakfast cereals:

Muert-Os little puffed rice skulls with candy flesh coating, so when you pour milk on them the flesh melts and the red jelly inside stains the fluid with crimson.

Flakes No picture on the box. You get what you pay for.

Sugar Sperm Make something like Prince Rupert’s Drop except out of crystallized sugar, when milk hits it the end will fragment first causing a spectacular dissolution along the length, an inevitable forward propulsion, and an unenviable metaphor. Sold with one giant marshmallow per box. 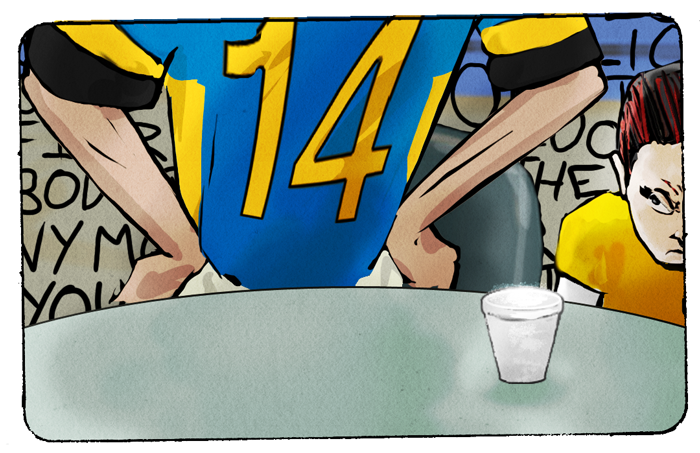 So hey, I love letters! What do you think of the story? Tell me! It’s been going a minute now, I’m curious to know who’s reading along.