Live from the Driskill: We lost. 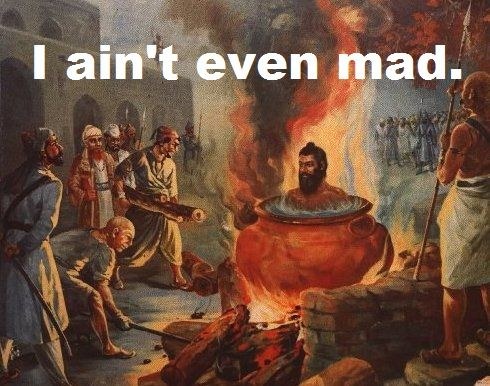 As it happens, I’ve been at the Driskill with the Democratic Party, watching the election returns every single time since 2004. Didn’t plan it, just the way it turned out.

The only year I missed is 2008. Coincidentally, that was the only year there was anything to celebrate.

So you could say that I’ve watched the Texas Democratic Party lose gracefully five or six times.

Last night, listening to our personal State Senator Kirk Watson try to put a brave face on the resounding defeat, I knew he was right. It wasn’t what I wanted to hear. I wanted to hear that the Democrats had won or that at the very least kept Dan Patrick out of the LG chair.

That’s what I really wanted to hear.

If I couldn’t hear that, then I sure didn’t want to hear a lot of also-ran bullshit about how close they came.

But I knew he was right. I knew everything was against them and they made it a competitive nationally-known race. I knew that I had been in that same room at the Driskill many times before, and that this was the friendliest, smartest, brightest bunch of faces that I’d ever seen in there. I knew that in a state where the control of the polls was absolute in Republican hands, where we’ve been gerrymandered and regerrymandered and regerrymandered again, there was no chance of surprises. We started the evening under Republican control and we ended it the same way.

We lost, but that only means that nothing’s changed. We tried to change things, and we failed, so now things will be more the same than ever. Our rights are still up for grabs. The most powerful politician in Texas is now a bona-fide crazy person, we’re used to that.

Watson was right, and I knew he was right. I was at the Driskill two years ago. At that time we had no candidate, we had no plan, and we had no ideas. From nothing to the absolutely marvelous Davis/Van de Putte campaign, registering voters left and right and pulling out fantastic turnouts (for an off year) (in a gerrymandered state) (after the crazy new voting laws that came in after the destruction of the VRA) (and Citizen’s United). Davis was the first Democrat to make a decent showing in this state in about twenty years. So what if she didn’t win?

Big so what. Abortion rights, heath care, education, and water quality will all plunge through the floor. Those are for sure, there are a lot more problems that I can’t see yet. We lost, and we lost at the wrong time, and it’s going to make things much worse.

We managed to make them waste money. I wanted more than that, but that’s what we did. We made them work for it this year. That’s our consolation prize. We tried hard enough that we scared them to the right and now they’ll probably want revenge.

Because, worse than losing, we worried them. Now they’re gonna want to spend their time shoring up their base and getting rid of minority voters, because hey, that worked last time. I am very concerned that Abbot and Patrick will have their revenge on Austin. We did get in their faces, after all. That whole filibuster thing, the thing that launched the career of their opponent. That was sort of us.

It’s a bad situation, to take a swing and miss.

But, so what, right? They made a really good try. Nice try, y’all. At least you made the Reds waste a couple bucks. Much better job than last time. Maybe next time you can seal the deal.

If there’s one thing I learned here, it’s that the polls were right. Of course the polls are right. The polls are basically always right. People have their minds made up way before the election and aren’t shy about saying so. The undecided voter is a myth that gambling-addict politicians tell themselves to keep warm. Voter suppression, early voting, Democratic and Republican strongholds? Yeah, the pollsters have heard of those too. They’re paying attention, they’re not stupid, and their job depends on getting it right. So they get it right, and you can trust them.

Probably some meaningless reprisals against Austin, like outlawing our bag ban or fucking with MoPac.

And even more degradation of our schools and hospitals. But maybe an ebola task force, so hey. Somebody’ll get paid.

The first thing I’ll do is to stop pretending that polls aren’t showing me the truth, even when the truth is not what I want to see.

The second thing I’ll do is to stop pretending that voter suppression isn’t more important than get-out-the-vote shenanigans. I see now that the elections are over weeks before November, they are basically over from the beginning. The people who voted Abbot and Patrick in were straight-ticket voters, and they are always going to be there, always voting. The Republicans can count on them. What’s needed is new voters, and if they keep the new voters off the rolls, then the old votes are going to get the old candidates. Those creepy old candidates. 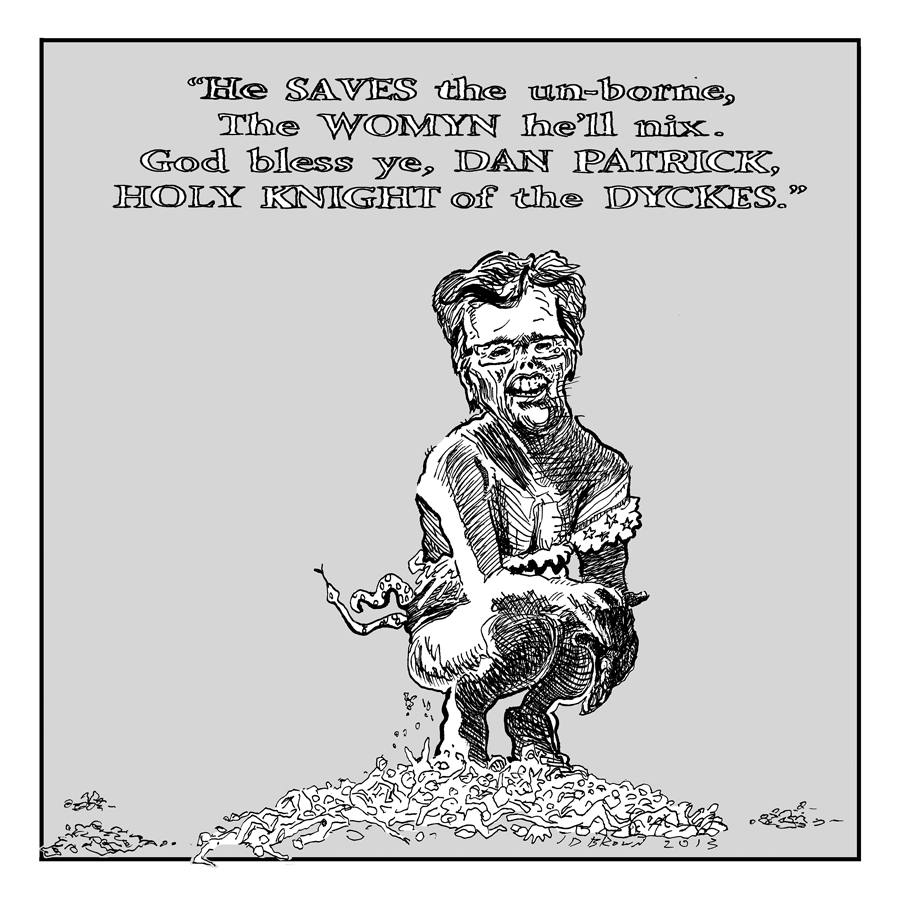 I am one person, trying to support and protect two other people, and I am not a rich person. The only way I have to make a difference in this world is to be smart about it, and I can’t afford to be wrong about this stuff if I’m serious about seeing the things I dream of come to life or saving any of the things I want to protect.

I let some people at the Davis office talk me out of doing the one thing that I knew would have been helpful. I should have gone to a small county and volunteered to drive people to the polls. That’s the only way of “getting out the vote” that has ever been demonstrated to work, and I should have done it. Nothing would have made up the million-vote deficit. But the million-vote deficit came at the end of a twenty-year deficit in winning local districts, holding and building local districts, holding back the dreaded gerrymander for even one vote more, getting even one more person named Garza and Jackson off of the “can’t vote because they have the same last name as a felon*” list, driving them to the polls if I have to. You can’t just make up a million votes, especially not when you opponent controls the voter rolls. You have to build them one at a time.

I have no fault to find with the Davis/Van de Putte campaign. They ran thoroughly professional, occasionally inspired races, with all the national support you could ask for. The failure here was a failure of foundation. Davis couldn’t have those million votes because Texas couldn’t give them to her. Those votes are not abstract, they are cultivated mental products of a highly complex machine and we did not run the machine well enough to make the vote.

As you may recall, the Texas voter ID law would have prevented something like a third of Texas women from voting, including Wendy Davis. She amended the bill in October of last year, and thereby saved a serious amount of votes — votes that most likely went for her. That’s thinking ahead, Ms. Davis, and I salute you.

I have been too distracted by national politics, and that’s silly. That’s magical reasoning. I’m symbolically flailing at the largest, least accessible part of the government I can see. That’s like standing at the bottom of the mountain and trying to climb it by waving your arms at the peak. Artistically, it’s an interesting choice. But, having accomplished that, it is time to move on to other projects.

What you do is, you do the most you can where you are, and then you move forward from there. You don’t try to do things that you can’t possibly do yet. You try to figure out things you can do that will put you in a position where you can do what you really want later.

From such trials of our collective soul are cute little epigrams made.

I should care more about my school board. I can’t count on things on a state or national level. I can be aware of them and try to maneuver around them, but that’s like watching for tidal waves. I can’t affect them.

State elections are made of local elections braided together. The refusal to fight a good ground game has lead to everything liberals hold dear being put in direct jeopardy. We can’t afford to make mistakes like this. I mean, do you want George Bush to come back? Liberals I swear to God George Bush is going to come right back in there if you don’t straighten up and start winning elections. LIBERALS DO YOU HEAR ME?

That time I put in with the Davis campaign was nice, but it would have been better spent with a school board or city council campaign.

I’ll try to not make that mistake again.

* I know there’s a better name for this phenomenon but I can’t think of it right now. 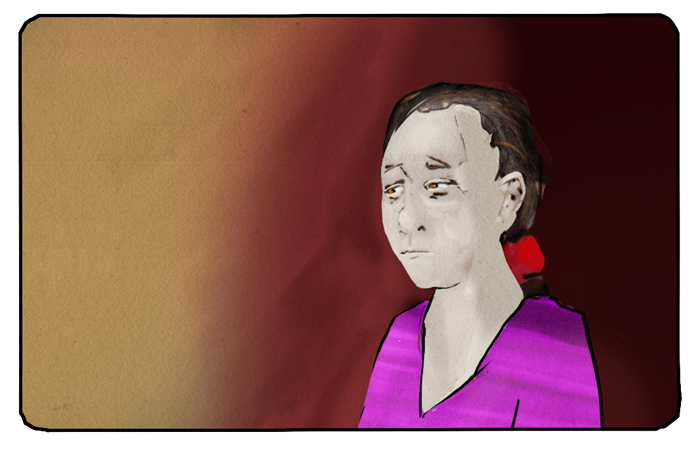