I guess I have officially abandoned my livejournal. I had been randomly crossposting there for a while, and it really hadn’t been working. It was just annoying the people who were reading it, because for some reason the images weren’t posting with it. Too bad! But when you consider nobody’s writing over there either — my friends page is essentially 17 astronomy pictures of the day, 1 Wonderella strip, and two desolate blog posts, I guess I’m not missing much.

I thought of Livejournal because a friend of mine from the LJ days killed herself. It was sort of sad and extremely expected. I don’t have much to say about it except that I didn’t know her well but what I knew of her I liked. It’s too bad she never found a reason to live. I don’t blame her. She was 44 and didn’t like what she’d turned into, didn’t want to keep going that direction. So she missed the boat, well, so what. I missed the boat too. We all missed so many boats. It’s the way it is. I continue to keep going because I’m having a great time where I am. She didn’t. That’s all there is to it.

Monomania panel 15 and tl; dr: We are all equal before the machines 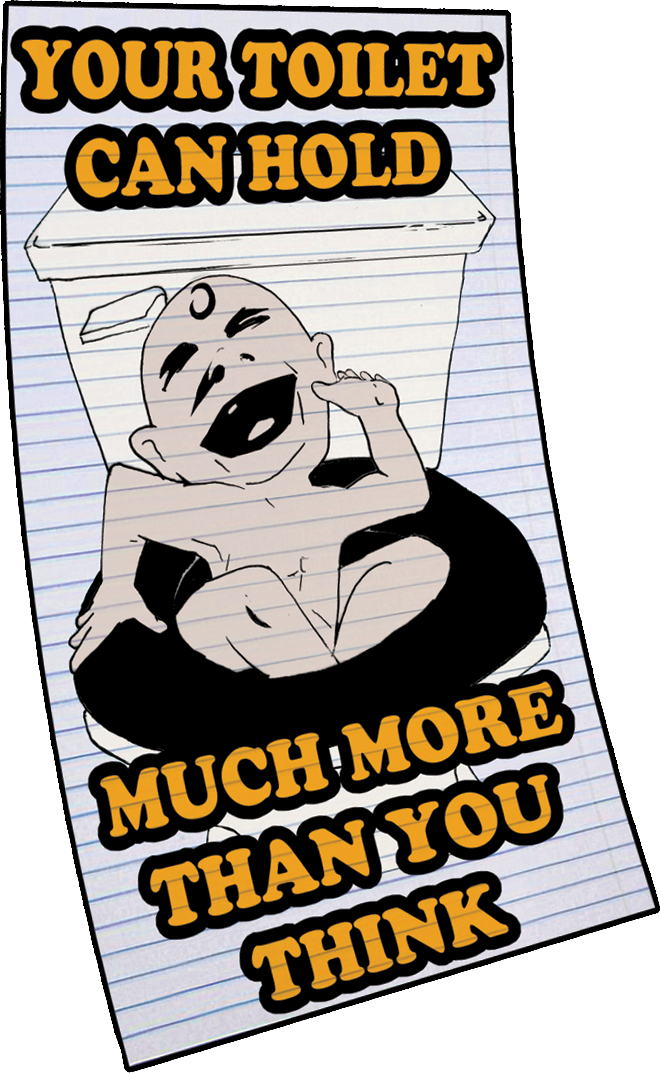 But there was a time, recently, when a white man’s word was law. Ask older people, because they remember it. Last night somebody told me a story about driving drunk here in Austin in the 1970s. They ran a red light and hit a car. The car happened to have four black men in it. The cops arrived and arrested all four of the black men and let them go.

On a personal level, am I happy or excited as I scroll past page after page of grant opportunities that I can’t use? No, I’m simply bored. Does it thrill me when people go to conventions and set up panel discussions for anyone but white men? No, I ignore it, as they are explicitly not meant for me and I am not invited. When you tell me that you want to set up a women’s-only drawing group, what do you expect me to say? From my point, it’s hard enough to get people to leave their houses and draw anyway, so you’re just cutting your membership in half, and there’s not much I can do about it, because I’m pretty clearly not invited, and I have very little interest in groups that I am not invited to.

And I wish the rest of y’all would get it out of your system and cut it out. White men already tried that. It sucks. Get through what you need to get through and get back to what makes us all human. White men, the only group in America that is in an active struggle to completely refuse to segregate themselves, to refuse to give themselves any particular privileges or in any way distinguish themselves according to their ethnicity or gender, will be waiting when you get here.

It seems to me that in the 50s to the 80s feminism went through a period where it was necessary to proclaim that men and women are more or less the same, that anything a man can do a woman can do, that our common humanity is what gives us the right of action and agenda in this world and not any accident of our birth. It seems to me that after that we swung into this period where we are saying, “Actually, men and women are quite different. And that’s great.” Both are true, both emphases are necessary.

Women and men are not the same. As an artist, it would be ridiculous for me to pretend they’re the same. If I drew women and men to look the same I would not be describing their characters or our reality.

Previous eras misapplied these superficial differences to mean something they didn’t mean. They were wrong. We had to sweep those errors away with the powerful abstract bromide of “women and men are the same.” Pretending two things are the same is a great way to get rid of some of the abstract mental differences between them, but it doesn’t affect the fundamental realities of distribution of adipose tissue.

So when we are faced with biological reality, and we have somehow found a way to answer with legal equality, then we can have fun with it. We can celebrate what makes men men and women women and the people who want to go between can go between, whenever they want to. Masculine and feminine are just roles, they may be picked up or put down, they are only two large constellations in the galaxy of human behavior.

I fully expect to see the ramifications of legal equality between the genders to continue to unfold before our eyes. I think male and female wages will equalize, and quickly, especially now that there’s transit between the sexes and two full generations of children raised to believe in gender equality.

So now children who choose to do masculine things or feminine things will find them both to be choices. The associations have not disappeared, but the stigma has been removed. My daughter likes to wear pink clothes. Her outfit choices could be described as pink with random pastel highlights. She has a large number of stereotypically female characteristics, and this is her right as an American. I’m happy she’s happy. I think she’s lucky to have found a relatively uncomplicated identity, because not everybody has that convenience. But that’s all it is, a convenience. Her challenges will be found elsewhere.

I’d like to see racial relations in America come to this level. I think it’s impeding our artistic consciousness and historical development to have to pretend everybody everywhere is and always has been the same. But I understand that we have to get through this first. I understand it’s not me that decides. White people, white men in particular, are not in charge of telling other people how to get through the historical trauma that was inflicted by white people, white men in particular. Now is most emphatically not the time for the crisis of the white man. We either all lived through that in the 1940s-1950s or it is yet to come, but right now is not going to work.

But when you get through whatever fires gender and ethnicity may hold, we’ll be waiting. We might already be there. If freedom really is not having to feel sorry for who you are, maybe we’ll be able to show everyone how to be as goofily self-righteous, ignorant and innocently arrogant. 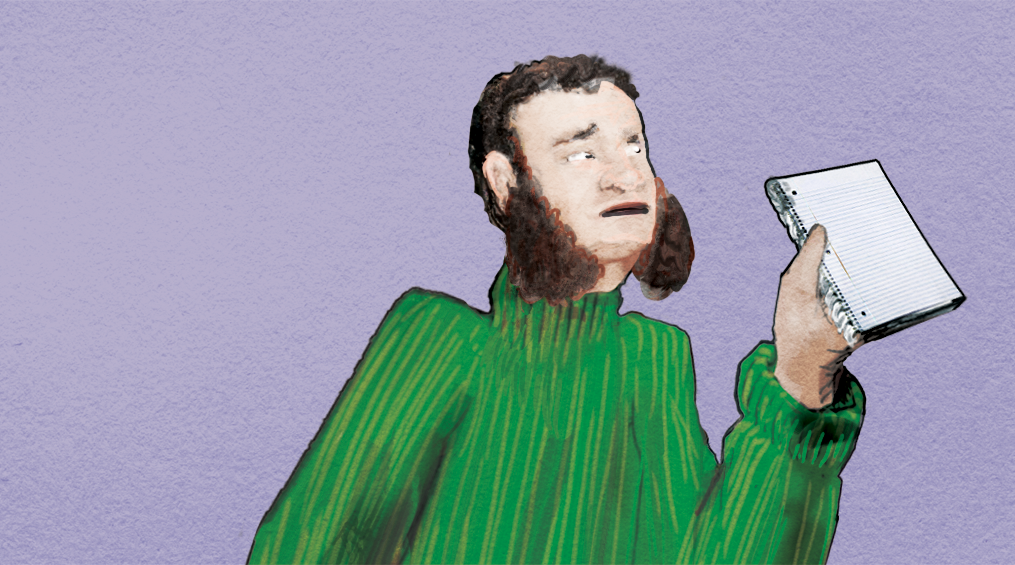 Here are my ideas for the next three seasons of True Detective.

Season 3: Nancy Drew and the Hardy Boys solve the Texas Yogurt Shop Murders
Season 4: Brad Pitt and Morgan Freeman track down the Zodiac Killer. Or it could be a Western season where they get dispatched to Utah to find out who did the Mountain Meadows Massacre.
Season 5: Dennis Frantz comes out of retirement to hunt down David Caruso and bring him to justice. 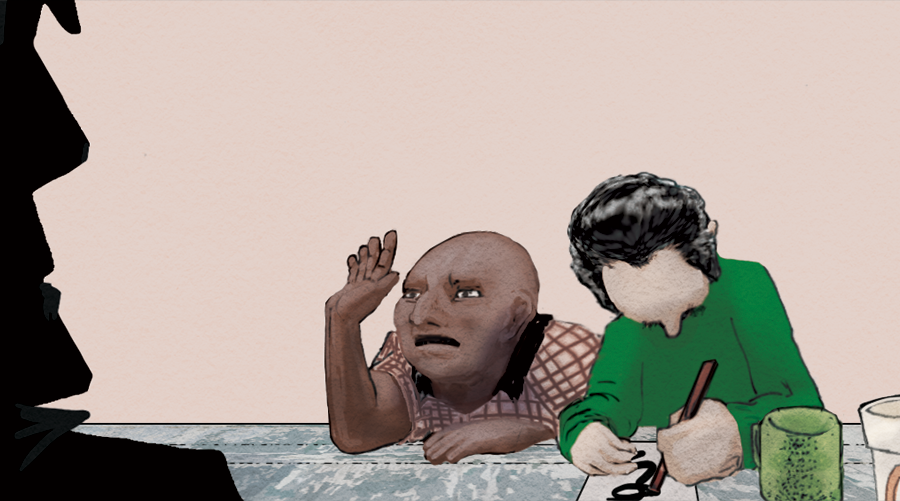 So we’re thinking about leaving Austin, sooner or later, one of these days, you know how it is. No rush, but we want to try somewheres else for a while. We also want the ability to come back, so I’ll be storing my stuff out in Blanco County or somewheres. It’s an anchor, to bring us home.

Because I truly feel at home here.

But the point of home is to leave. You can’t come back if you never leave to begin with.

In the meantime, before I go, I’m reading everything I possibly can about Austin history. For once in my life I’m going to do the research while I’m living in the town with the library that I need. I’ve spent enough of my life being glad that I don’t live in Kentucky but sad that I don’t have the local history room to do research. I should know so much more about the history of Clark County than I do. I should have been reading more Austin history all along, but since I only have the six months left I’m going to use them.

Quickly! To the book depository! 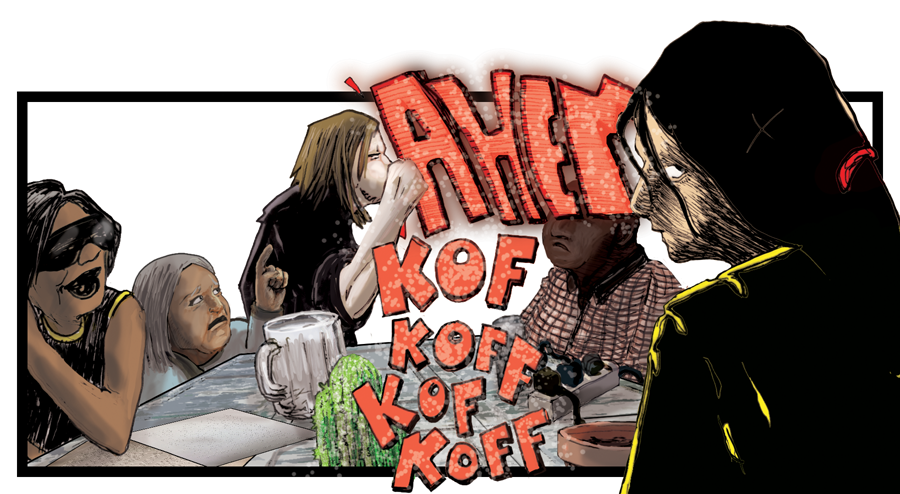 Does writing hundreds of articles about something make me an expert on it?

Does the fact that the articles I wrote before I knew anything are still sitting out there on the Internet mean anything? Will it act as a bar to others who come after me and want to do research on these topics?

I was doing research for an article today and came across a bunch of articles that were either written by me or by people exactly like me. Considering that I already know how much I know about the topic at hand, that worries me.

Maybe it should worry you too.

I wonder how much I really know about the law, roofing or addiction recovery. Anybody researching any of those topics should hope it’s more than nothing. 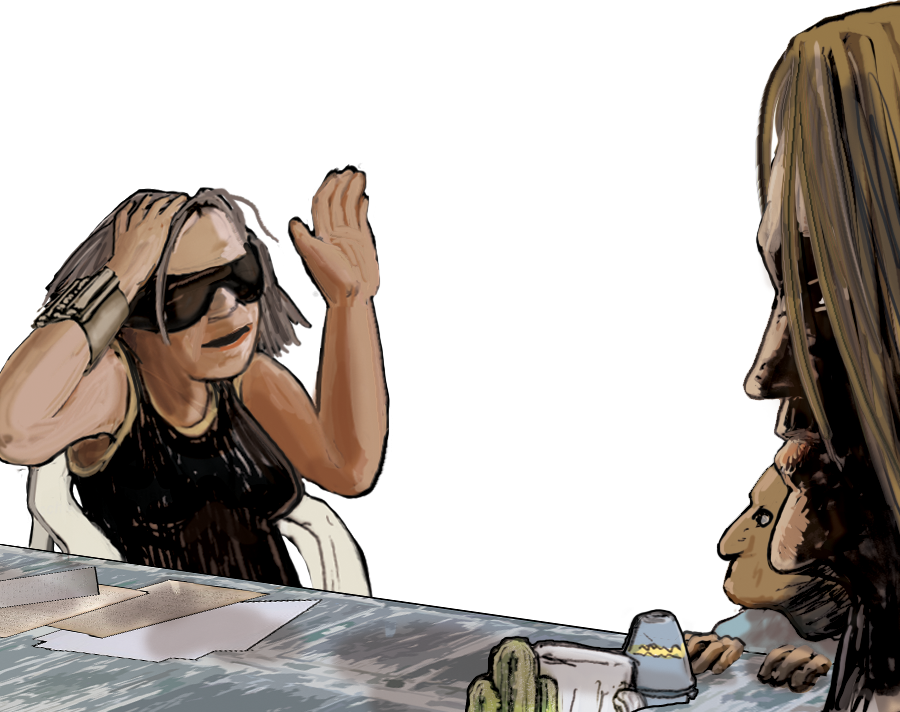 I would like to make a coworking space that is for artists only, so it is filled with drawing boards and other artistic implementa, and and artist could come work there, but the deal is that they have to work on the same comic books that everybody else there is working on, and instead of paying to use the space we would pay them.

And then we would print the comic.

And make a zillion jillion dollars! 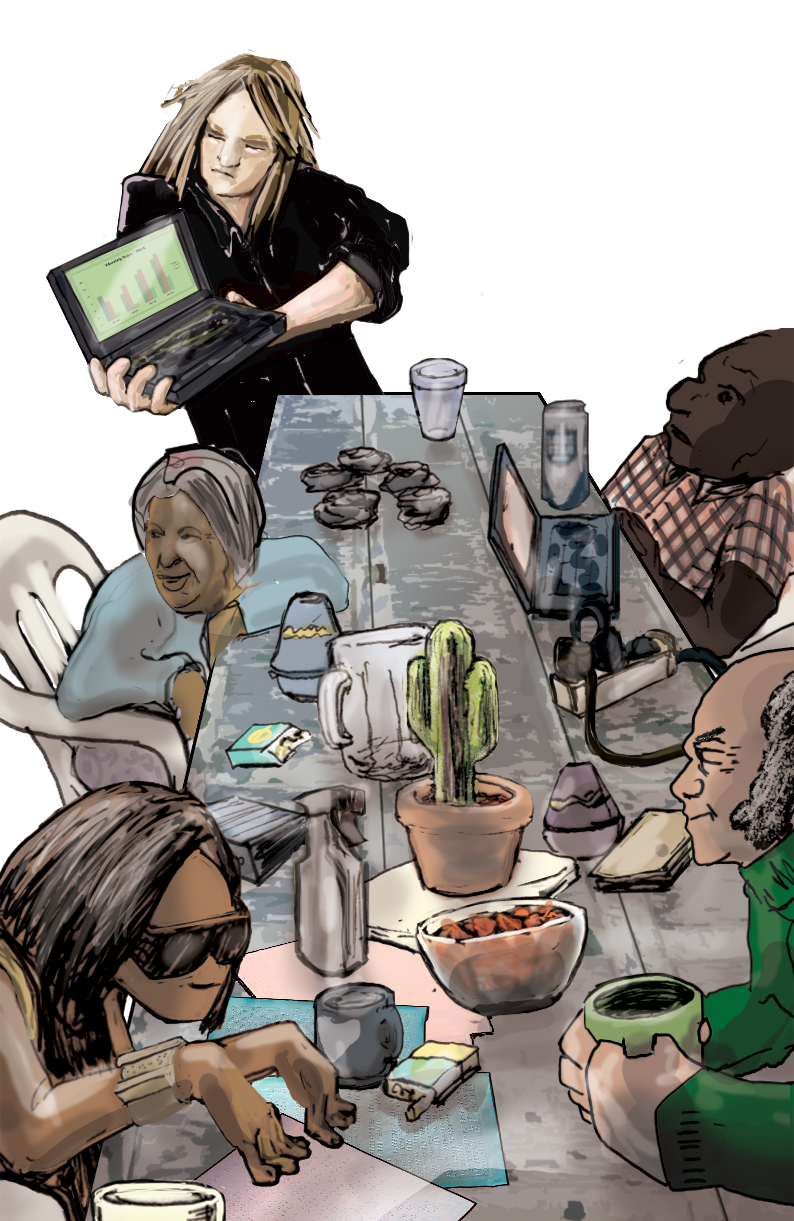 Instead of writing a bazillion articles for lawyers, I’m writing them for roofing companies. Also quite pleasant. I learned a lot about roofing in Kentucky, and it’s fun to put the learning into words. For money, no less.

I really enjoyed roofing. It was the perfect combination of brutal and precise and long breaks. Long breaks, you say? Why yes. I could go inside and hang out with my family and check my email whenever I wanted to, which turned out to be for about half an hour after every hour of work. Not the sort of thing you can do with a professional roofing crew.

I think if Gewel and I ever got a house with a messed-up roof we could do an amazing job of renovating it, but I think my skills will be confined to that. Too bad. 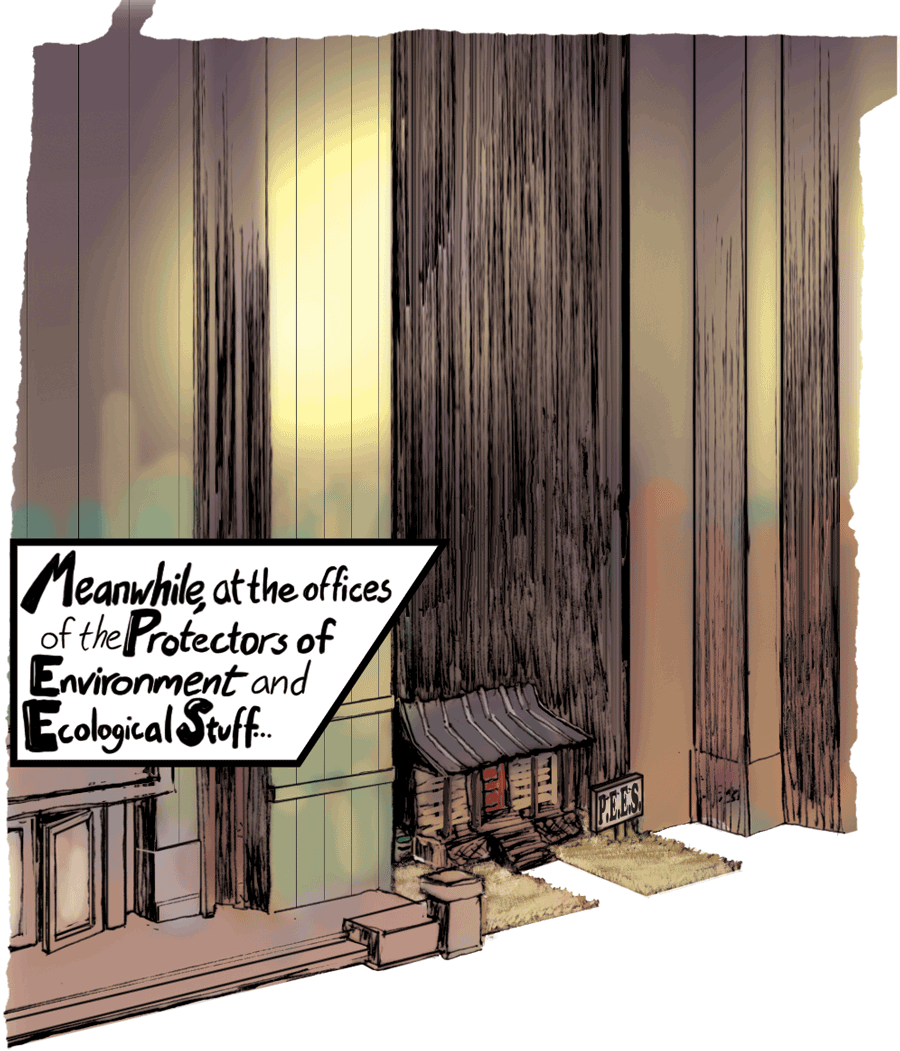 I accidentally made this weird photocollage of Peter Sellers while I was working on something else: 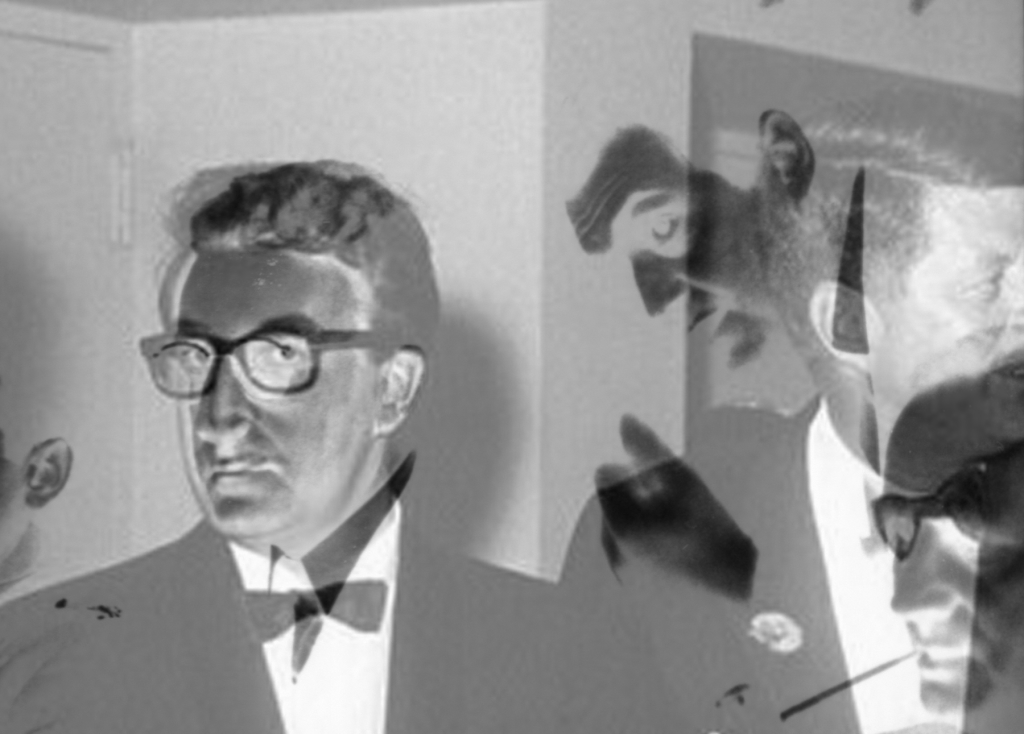 I don’t know what it means but I always did like Peter Sellers. 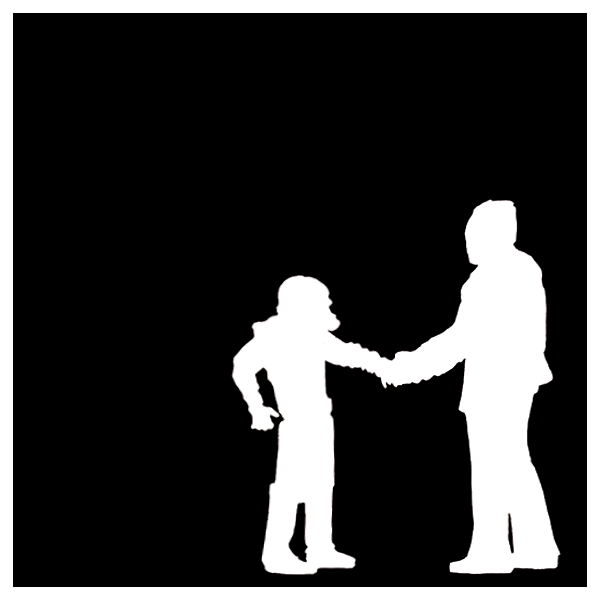