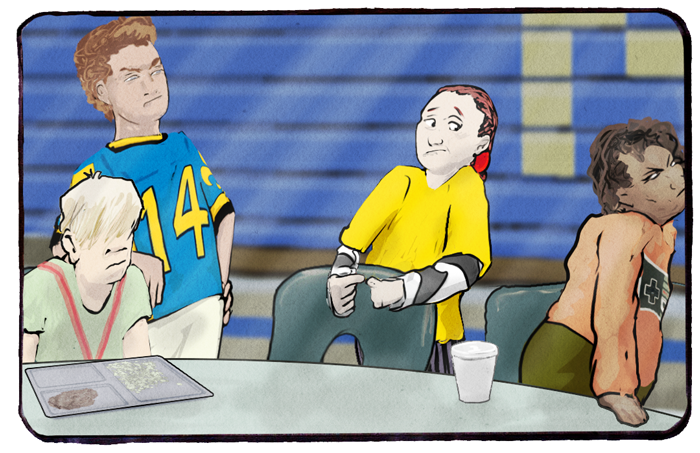 Every band needs an idiot. I realized this while watching the Archers of Loaf play a show, when their bassist tried to read a poem. Every good rock band needs somebody so dumb that the band can’t get complicated and has to play simple music that even their pet cretin can understand.

Truly great bands have somebody who is smart who, for whatever reason, is willing to be the idiot. The Talking Heads had Tina Weymouth, which meant they couldn’t play any really weird songs until Tina learned enough about bass to play them. The Pixies had Kim Deal, who is a genius but willing to play really really simple stuff. Pink Floyd had a complex interplay of two idiots; Nick Mason, who has to be one of the worst drummers ever but a genius with tape loops, and Roger Waters, who was too busy conducting the orchestra to ever play his instrument. The Replacements had Tommy Stinson, who was twelve. Nirvana had Krist Novoselic, who is not actually an idiot but is not a musician either and was willing to temporarily induce idiocy with drugs. Jim Morrison was idiot for the Doors but…well, no, he was pure idiot. Same for Keith Moon. This repeats over and over again.

Ringo was nearly the perfect idiot, in that he was such a perfectly nice guy that he was willing to take a permanent backseat and give every song exactly what it needed and no more so that all the rest of the moody young geniuses could do whatever.