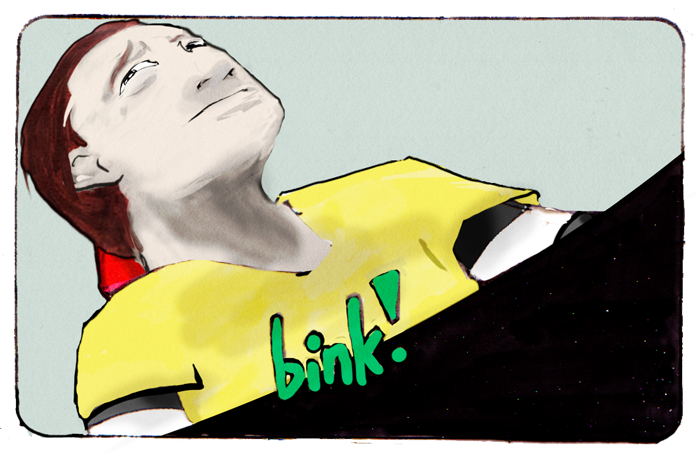 MCBA against the evil wizard (and Feef #144)

So this is the story of how the Twin Cities defeated the Evil Wizard.

As you may know, there is a wicked and evil comic book convention company called Wizard World. They are dedicated to taking fans, creators, and random celebrities, putting them in giant convention centers, and then squeezing all the juice out of them. It’s not much fun. They’ve got Austin over a barrel, so I still go — you make some money, you get to see Lou Ferrigno age. It’s worth it, but compared to other conventions it’s not that great and it feels really McDonald’s. Anyway, I’m still gonna go, but this year I’m getting my own table because I sort of bitched out the guy that runs the thing last year (he was cursing out one of his own employees while I was standing right there and I thought he was rude) and I’m writing this post right now so I don’t want anyone else to go down with my ship.

So Wizard World tried to come to Minneapolis/St. Paul. And by “come to” I mean “muscle in,” because they were not nice about it. First they tried to buy MCBA.

But that doesn’t work, because MCBA is not like other conventions. It’s a little like SDCC, though much smaller, in that it is a truly beloved show. The people of the city know it, and love it, and go to it. But MCBA is very different. They’re totally volunteer. They don’t charge anything for tables. That amount again is nothing — creators get tables for free. The venue is also free — they just give them the Minnesota Fairgrounds. And they feed you! They actually feed the creators. Decent food during the day, amazing food on Saturday evening. It is just a fun freakin’ show. The whole town turns out to tromp around a giant concrete room and meet a bunch of people who make funnybooks, and everybody loves it. Billions of kids. It’s the end of May, which is the first moment of not-winter up here, so the entire town turns out to see some sun and read some comics. I think they actually donate all the door proceeds to charity.

The people who run MCBA obviously don’t want the money that bad, so Wizard World wasn’t really tempting them that much. They’d rather have their great little show that everybody loves. MCBA does a big show in spring and a small show in fall, so in between there are plenty months, so the thinking was that this is a big town(s), Wizard World can set up their own show whenever.

Not good enough for WW — since MCBA won’t sell they decide they’re going to take them out. So they set their convention for exactly two weeks before MCBA and start doing all sorts of underhanded crap.

But…and this is the good part…they completely fail. I mean, they were set up to fail. Because they’re not from here and they don’t come here and they don’t know that you can’t actually have a show in the beginning of May. Because it is too cold to be believed, so no one will go. And they don’t know that Minnesotans, though the nicest and most pleasant people on Earth, despise rudeness in all its forms. It’s the same impulse that drives truckers to block two lanes of traffic so that people can’t merge on the road. Perceptions of unfairness are stolidly punished around here.

And it didn’t help that the guy who runs the show, the guy who I yelled at in Austin and whose name escapes me, that little cocky Brooklyn-type fella who thinks it’s okay to come to Texas and curse at women, went on a local TV program and kept calling the female newsanchor “honey” and “sweetheart” on the air. Then she called him “toots” and the interview was over. Nobody was going to this show.

And nobody did. To all reports WWMinneapolis was deserted, barely a third of the artist alley tables sold. No vendors, except for a bunch of guys who make swords. William Shatner was there and that was about it.

MCBA, on the other hand, had record attendance and I never saw a single empty vendor table. Many moneys were made.

The theory is that Wizard Word lost money hand over fist on their show, and what’s worse they’re in a three-year contract for the same venue at the same time, so they’re locked in. The autopilot is set for the center of the mountain, and Minneapolis/St. Paul will most certainly drink their milkshake.

I hope they either learn a lesson from this and fire that annoying abusive guy, or they go out of business, or in some other way change their ways. Because everybody sees what they’re doing, and we don’t appreciate it. Maybe there’s nothing wrong with a national comic convention franchise company and lord knows we appreciate the opportunities to make sales. But these asshats were trying to charge $1000 for a vendor table so that they could muscle out the locals who were giving the tables away for free and bringing in a bigger crowd with it. That can’t work, and the way they act in nonMinnesotan cities is not a whole lot better.

Honestly, Wizard World is a traveling roadshow of aging celebrities, and they do us a favor by letting us hang out and make money off the people waiting in line to get Captain Janeway’s autograph. But it rankles somehow, and I wish they’d be part of all these wonderful little communities instead of trying to pave them over and build a WalMart on their bones. By all means, bring the cast of the Walking Dead to my town. It is nothing but helpful to me and my friends. But they should stop being dicks about it.

Anyway, Minneapolis and St. Paul teamed up to defeat a wizard. Thanks guys!