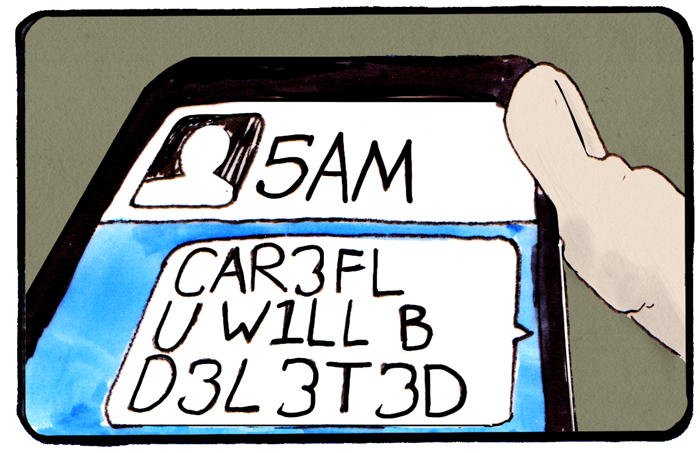 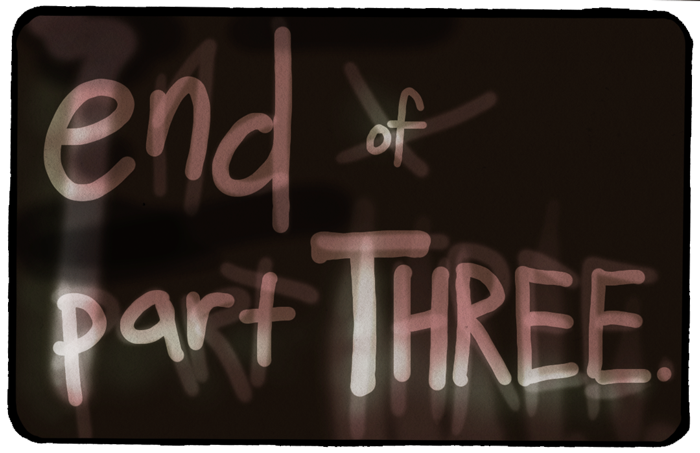 Somebody was wondering yesterday what it would take to get gun control legislation in America. What would be the “trigger?” What would be so bad that we changed our mind?

They said that maybe shooting a senator would do it, but then it was pointed out that lots and lots of Congresspeople have been shot and it never seems to change anything. In fact, the only time it changed anything in recent memory was the Brady Bill, which was named after the guy who got shot by John Hinkley Jr. during his assassination attempt on Reagan.*

The Hinkley case, of course, is one of those rare assassination attempts where there was something more important about it than some nut trying to kill a politician. Because John Hinkley Jr. was a family friend of the Bush family, Reagan’s vice president, and for some reason this was not in the news. I was alive at the time, I remember quite well the endless conversations about how Taxi Driver made him do it, but never once anyone mentioning that he was friends with the Vice President.*

So the case actually struck so close to the heart of power that they were willing to give up something major to make it go away. And that is why we have any sort of gun control in America whatsoever.

The rich and powerful are perfectly comfortable selling us guns and letting us shoot each other, by the way. But I digress.

Anyway, I’ve always tried to identify the biggest factor in any situation, no matter what sort of problem it is. It’s my tendency to apply the rational to the irrational, so when I’m reading about wacko spree killers like Elliot Rogers my mind keeps going in the direction of, “What caused this? What could have prevented this?” This is pretty common with human beings.

But I’ve always noticed that it’s the second-most important thing that gets discussed. The central issue of any issue, for some reason, always seems to evade scrutiny. Like Hinkley — so the guy who tried to kill the President was friends with the Vice President, who happens to have been the former head of the secret spy apparatus. This seems like a much bigger deal than handgun control to me. By all means, I’m totally in favor of handgun control, but why then? Why not after all the other shootings? You finally found a shooting that’s bigger than handgun control, so that’s when you want to talk about handgun control?

I don’t know if this is a conspiracy or human nature or what, but it always seems to happen. Look at Rogers — there’s so many spree killers that should have made us think deeper about misogyny. Hell, not even spree killers — the unfair treatment of women by men should be one of the main issues that we all talk about, every single day.

But I read the heck out of Rodger’s manifesto, and I watched three of his videos, and misogyny was not actually the main problem with that guy. It was a manifestation of a much larger, revolving problem that he had that also included racism, casual violence, and a serious amount of class privilege.

MRAs, god bless their stupid little hearts, thought Rodgers was just as crazy and repulsive as you and I do. They are to blame for many, many things, but this is not one of them.

For some reason Rodgers managed to spark a national conversation about misogyny, but what about the astounding racism expressed by this man in his manifesto, culminating when he murdered his three Asian roommates in their sleep? We’re talking about gun control now, NOW, when we actually have a spree killer who killed more people with a knife and a car than he did with a gun. And we’re not talking at all about the fact that this kid was rich as rich can be.

As best I can figure, this caused by one of two things. One, it’s partly “human nature.” I’ve noticed a lot of people have the habit of talking about the second-most important thing on their mind and remaining silent about the most important. I see no reason why this tendency shouldn’t be writ large.

It had a lot to do with money. And I don’t mean just the very expensive car he used to try to run people over.

This guy’s problem, to the extent that he had a problem that can be known and discussed, and I know I’m trying to apply rationality to the irrational here, BUT. If this guy’s problem can be summed up in any few words, it’s that he truly believed that he was special and destined for great things (just like many), but the world did not respect his genius (just like most), BUT he was still rich. So he could still buy feeling special for a minute. But he was smart enough to know that he still wasn’t special.

Here’s the most amazing passage that I found:

“As the phrase that I had coined goes: If I cannot join them, I will rise above them; and if I cannot rise above them, I will destroy them. I’ve been trying to join and be accepted among the beautiful, popular people all my life, but it was to no avail. They have always treated me like scum. Girls have always deemed me unworthy of their love and sex. I tried to overthrow them by gaining wealth at a young age, from trying to come up with invention ideas, to contemplating writing an epic story, and finally to trying to win the lottery.”

He’s not joking, by the way. He tried really hard to win the lottery. He was devastated when he did not.

As many have noted, his feelings of frustrated rage and incipient violence are anything but unusual among young men. What’s unusual is the clarity of his feeling, expressed in a long manifesto that’s actually quite readable (it manages to hit a point between O’Toole and Lovecraft, taken as a document and not as confession of murder), and the fact that he made that long strange leap to spree killing.

And oh, all the passages in his manifesto about the times he ate and ate, how he was always hungry.

I think it’s the contrast between the delusions and entitlement, and the ultimately dull, repulsive personality that makes a lot of Manifesto guys so entertaining.
-Gil Smith

And it would have been reasonably entertaining, that this fucked-up dude exists, if he hadn’t killed people. Maybe it shouldn’t have been. Even before killing a bunch of people at random he was not the nicest guy, and I’m hard put to say that he made the world a better place in any way.

Reading his manifesto, I was uncomfortably aware of how close Lovecraft and O’Toole must have been to picking up a knife and cutting everyone near them. Maybe they both did the world a favor by cloistering themselves, by walling themselves up behind death and ill health, leaving the world without anything but their words.

Rodgers could have been a good horror novelist. That thought really really worries me.

But instead of growing up among the cobwebs of lost privilege, Rodgers was scion of a family still on the rise. He did not have to work overtime to explain the space between his idea of what his worth may be and what the world thought of his worth — no, he just got to get on First Class Jet Blue with a well-documented sneer to all those beneath him. He goes to the premieres of Hollywood movies, where he is directly confronted with his insignificance and receiving unearned adulation at the exact same time.

No wonder he popped. The scary thing about this killing, and all the other killings lately, is that it reveals just how many affluent young men are just about to pop. Have already popped. How many of them feel that there is no value to those poorer than themselves, and think nothing of killing us. Have already killed us and gotten away.

This one’s too big to wave away. This one strikes so close to the heart of power that they’re actually willing to discuss handgun control and misogyny, because the other question is, “Why do we let the rich kill us?”

Affluenza, it seems, really is a disease. It’s killing the rich young people of America. What conclusions you may draw from that are your own. Whether or not Rodgers is worthy of your pity is up to you. But affluenza is a disease, and he had it, and now he’s dead.

A lot of what Rodgers says is uncomfortably reminiscent of Mitt Romney. You know how Mitt Romney used to put on a fake State Trooper’s uniform and drive around at night pulling people over?* Well, Rodgers used to drive around looking for couples that he found too attractive, and then he would throw his Starbucks latte on them and drive away real fast.* Not the same, but not that far off.

To some of the sons of the very rich, we are prey. Rather than discuss this, let’s discuss the second-most-important thing.