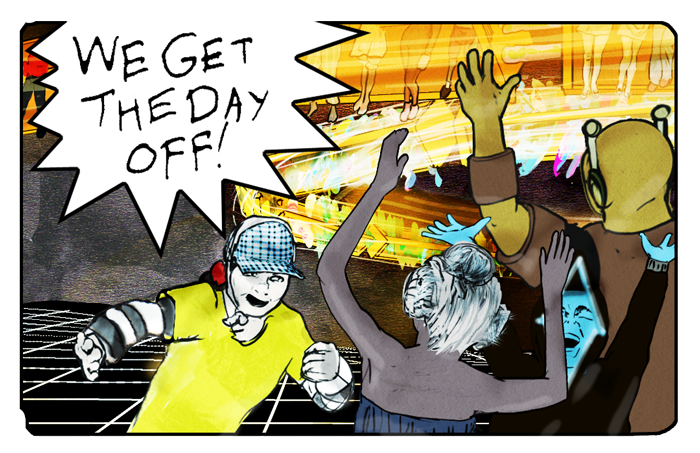 I’ve been spending the morning with pure evil.

Peggy Noonan, discussing waterboarding in 2009 and whether or not the Bush administration should be found accountable:

“Some things in life need to be mysterious. Sometimes you need to just keep walking. …”

I have observed among the pictures submitted here, quite a few paintings which make one actually come to the conclusion that the eye shows things differently to certain human beings than the way they really are, that is, that there really are men who see the present population of our nation only as rotten cretins; who, on principle, see meadows blue, skies green, clouds, sulfur yellow, and so on, or, as they say, experience them as such. I do not want to enter into an argument here about the question of whether the persons concerned really do or do not see or feel in such a way; but, in the name of the German people, I want to forbid these pitiful misfortunates who quite obviously suffer from an eye disease, to try vehemently to foist these products of their misinterpretation upon the age we live in, or even to wish to present them as “Art.”

No, here there are only two possibilities: Either these so-called “artists” really see things this way and therefore believe in what they depict; then we would have to examine their eyesight-deformation to see if it is the product of a mechanical failure or of inheritance. In the first case, these unfortunates can only be pitied; in the second case, they would be the object of great interest to the Ministry of Interior of the Reich which would then have to take up the question of whether further inheritance of such gruesome malfunctioning of the eyes cannot at least be checked. If, on the other hand, they themselves do not believe in the reality of such impressions but try to harass the nation with this humbug for other reasons, then such an attempt falls within the jurisdiction of the penal law.”

I’ve actually been looking for that quote since I briefly saw it and eternally misremembered it in 2002, it’s a real pleasure to have finally found it.