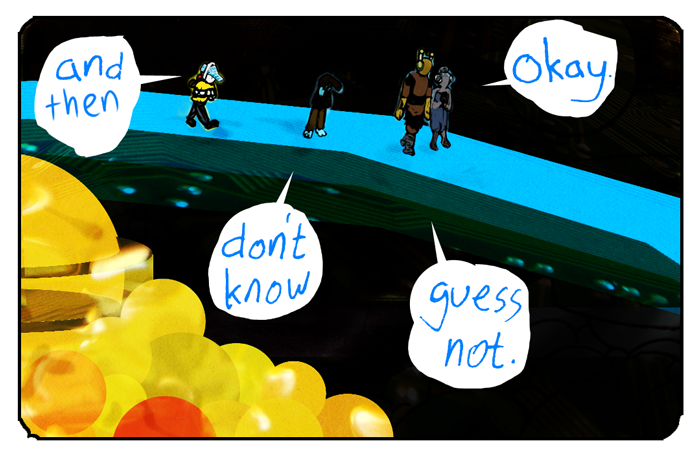 I went down to the Anti-Israeli War on Gaza protest today. I’m sorry, I didn’t take any pictures.

The reason I didn’t take any pictures is that it was the most standard, ordinary protest I’ve ever been to in my life. If I had to pick one protest to describe the average Austin protest in the least exciting terms, it would be this protest. If I asked you to imagine a protest in front of the capitol, the protest you imagined would be this one. It was about a hundred deeply committed-looking, sincere-looking folks standing at the very front of the capitol carrying signs and chanting the exact same slogans we’ve been chanting for a while now.

Exact same. For a long time. I was there maybe half an hour, that’s all they did, chant slogans. I hate chanting slogans. I don’t mind if you do it; I find it rather peaceful to listen to, but I personally will only rarely chant slogans. Not my thing, man. But anyway, a guy chanted slogans for about twenty minutes. Then he mentioned that they’re trying to get Austin City Council to pass a resolution condemning the attack on Gaza, which was odd, because we were at the State Capitol at the time. But I understood where he was coming from. Austin City Council would at least let them speak on the issue. They know they’d never even get a hearing at the state house.

Then he handed the mike to a lady and she went through the chants again, but in a woman’s voice. Everybody dutifully chanted along. The best one was “Netanyahu you can’t hide, something something genocide.”

I truly feel that the war in Palestine deserves some new chants. It seems to me that all really good political chants are based on schoolyard song rhythms. A political chant is really just a hundred people yelling “eenie-meanie-minie-moe” with different lyrics. The situation in Palestine is sufficiently grave to deserve some of America’s much-vaunted cultural skillz. We can come up with a few jingles for them, guys.

There were a heartening number of people honking their horns as they drove by. The secondary benefits of a protest, which are really the only benefits there are, were in evidence. People were meeting each other, receiving reciprocal confirmation that there were others out there. Chanting slogans has a semi-mystical emotional effect on people, putting them in some sort of deep synchronization, or polarity maybe. Some money was raised. Attractive politically active folks met, creating opportunities for more liberal anti-war babies someday. Most of all, it does the heart good to get out there and see a community of disparate people who are all moved enough on this issue to try to find parking downtown on a weekday. In this city that qualifies as commitment.

So we didn’t change anyone’s mind, but we felt easier in our own. No pro-Israeli groups bothered to make an appearance, and why should they? They know they can’t defend what’s happening. And they know that they don’t have to, that nobody is going to listen to us anyway; not only at this protest, but ever. Israel gets to do what they want to the Palestinians and nobody really knows why. It’s just the way it’s all turned out. You can’t expect a protest group to come out and demonstrate in favor of an injustice that isn’t even under threat. It would be like cops demonstrating in favor of the prison system.

They’re not listening. Nobody’s listening. We’re all just tired and don’t know what to do. It’s not our country. It’s more or less our country’s fault, but when you consider how much trouble we’re having even getting our country to listen to us in our country it becomes a little less immediate.

After all, here we are on the capitol steps, talking about going down the street to city hall, because we know for a fact our state would rather choke to death than listen to us, on this issue or any other.

Israel is one of the true intractable s of American life, like gun control. It’s utterly polarized and neither side has any interest in the other’s proposals. I am an example of this partisan gridlock, I am really not interested in Israel’s plans to kill the fuck out of the Palestinians and I think Israel’s been behaving like a bad neighbor in general for a while now. You can’t hijack aid convoys and still be a good guy in my eyes, and I have to admit that I’m pretty fed up with the number of corpses they seem to need to feed a “dream of peace.”

But nobody actually cares what I think on this subject. No minds can be changed, no policies will be rethought. Just the subtle grinding of icebergs of public opinion, and a hope that things will change somehow before another person dies over there.

Whoops, another person died while I was typing that sentence.

Well, anyway, soon. Maybe someday soon enough people will decide it’s stupid to try to kill another type of person into submission so that we won’t do it anymore. As much. Maybe. I hope.

I personally don’t plan on killing anybody. Raise my daughter to not kill anyone. Trite generalities like that, that’s all I have. Against the certain knowledge that somewhere on the other side of the world bombs are falling on unlucky children.