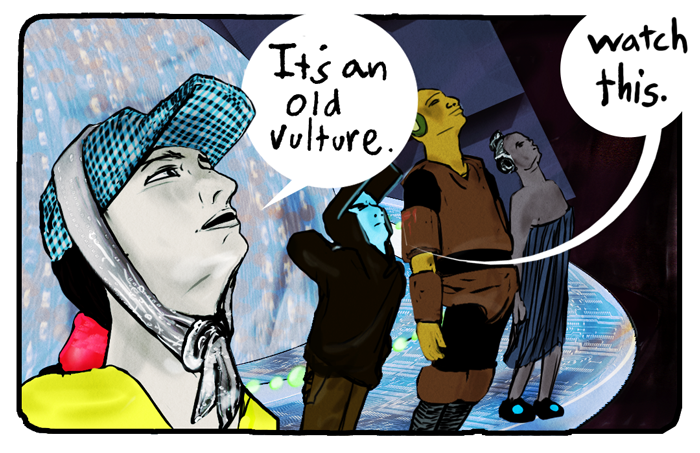 Top of the Lake is a brilliant TV show and you should watch it if you watched True Detective. It’s made by some of the same people but it’s directed by Jane Campion, who is definitely not a hypermasculine film noir action director. You could call it the feminist counterpart of True Detective and not sound like a total idiot is what I guess it is I’m trying to say.

I like it when the culture kicks up equal and opposite works of art, and when I’m lucky enough to find them. It happens more often than you think. Listen to the Violent Femmes album “Why Do Birds Sing?” for some really weird insights into Nirvana’s “Nevermind,” which was released all of six months later.