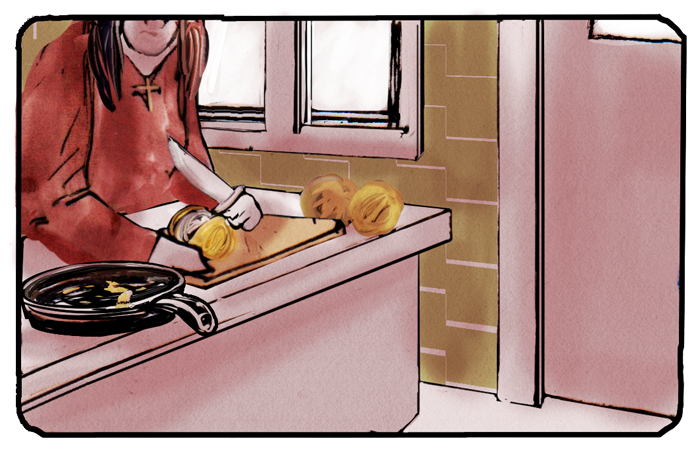 “Gravity,” Klout, idiots on the internet, and also Feef #074

So I have an interesting story to tell you. I don’t know if you’re friends with me on Facebook or not, but last week I made the terrible error of telling 9/11 “truthers” that I thought they were wasting their time. Their time, and everybody’s time. My point was more or less that there is so much to worry about on 9/10 and 9/12 and every day since then, and we can’t get to it because they’re trapped in something that is, to be blunt, the stupidest controversy ever. Airplanes hit the buildings, they fell down. They fell down because they were built like crap. WTC 7 too. I’ve had the conversation a million times, and I’m done with it. I’m tired of even explaining why I’m tired of explaining. I’m tired of being lectured by stoners on the melting points of steel and their theories about how jet fuel burns.

Controlled demolition, if you don’t already believe in it, sounds unimaginably stupid. Maybe it’s so stupid that it’s smart and one day we’ll see that it’s all true, like learning the earth really does go around the sun. But until then, it JUST SOUNDS DUMB. If you are serious about the truth about 9/11, wise up and pick another point to start, because that one is plain burnt down.

A truther that I know in Turkey just went apeshit bananas over this controversial point of view, summoned all his manchild friends, and proceeded to blow up my Facebook page for a solid day. The 9/11 thread went to a thousand comments, 90% of them memes from the old Spider-Man cartoon from the 70s with the word “fag” on them somewhere.

Surveying this, I felt desolation. I have come to the end of the internet. I have seen all the funny pictures. There are no new memes, no new jokes, no combination of pixels left to thrill me with its novelty. These people consider themselves 4chan intelligentsia with a direct line to The Secret Truth Behind The 21st Century, and all they have is Spider-Man. Not even new Spider-Man, forty-year-old Spider-Man.

So I ignored them and let the fools have their day, and as a result my Klout score went through the roof, and I got the first useful Klout perk I’ve ever gotten. No more cans of Axe Body Spray for me, buddy! Nope, I got two free tickets to go see the new movie “Gravity.”

This is extremely exciting. “Gravity” is one of the rare movies to come along in this decade that I actually wanted to see. I don’t know what it is, but something in me wants to see spaceships explode. That’s why I’m watching “Legend of the Galactic Heroes,” and that’s why I wanted to see “Gravity.”

(I’m putting “Gravity” in quotes in this post because the word gravity is my father’s favorite word, and I want to separate the film from his hilarious digressions on the topic.)

So I invited one of the people who helped me make the 9/11 thread the shitstorm that it was, my friend Beau (I really invited my wife, but she had zero interest in going, so, Beau). I was surprisingly at sea as to whom to invite, because I NEVER go see movies any more and I don’t really know anyone else who does besides Beau and his crew. While sitting in the theater I realized that I hadn’t been to see a movie in its proper habitat for three or four years — I think Up was the last.

So, after that fascinating digression, we agreed to meet tonight to see the movie.

Last night my dog Leap ran away. I went for a walk with my daughter, my roommate let her out after I’d been gone five minutes, and now she hasn’t come back and it’s been 24 hours. The theory is that either she tried to follow me on the walk and got lost or she tried to bust rough with the raccoons in the back yard, fell in the creek, and got lost. Either way, she hasn’t come home. We’re worried sick. Well, I’m worried sick and Gewel is worried sick. Amelia’s only six months old, so she just wonders. Her friend was there, now she isn’t, and she wonders why. Rocky enjoys the vacation, because he’s an old dog, but he’s starting to miss her something awful. Most of today was spent looking for her, making fliers, walking around, asking people, checking the animal shelter, checking Craigslist, doing everything, finding nothing. Nobody even saw her. She walked out the door and vanished in the night.

But I’m not going to let that stop me from watching the movie, so I went. Met Beau, got the tickets, settled in for the show. It was in 3D.

I feel compelled to review it here, because Klout went through all the trouble to give me the tickets as I am a noted “influencer” and “baiter of fools,” and I want to encourage that behavior. So here ya go, Klout! Thank you for the tickets, and I hope you enjoy my review.

Everybody, you should go see this movie. Go. Don’t wait for it to come to you, because this movie will not amount to much on a small screen. This is spectacle. It needs 3d glasses, giant subwoofers, and a crowd of people watching it with you. Let me tell you more.

It was great. It was not that great. It was exactly what I needed. It began and ended with spaceships exploding, and also the middle was that too. It was hard science fiction, for the first time ever in my life — zero-g looked weightless, space was silent, the earth below was magnificent and stunning.

The story was so simple as to not be there. George Clooney and Sandra Bullock play literally the only two people in the world. They are in space, a meteor shower destroys their spaceship, they have to figure out how to get back to Earth, it’s not easy. Everything goes wrong with the predictable, thudding monotony of a Hollywood script, and when Bullock finally crash-lands in Africa the only cliche left unturned was a rousing chorus of Hakuna Matata. It is Man vs. Nature via Save The Cat. It was the heroic journey with every single beat replaced by space peril special effects. It was a collection of scintillating cliches in 3d. I did not care.

I was swept away, dizzied by the speed, the terror, the vertigo. This is the first film I know of to truly capture what it must be like to be in danger of your life in low earth orbit, and it was all in 3d.

There were moments of dialogue that were truly risible. Their attempt to make this some sort of emotional epic about a mother coming to terms with the death of her child was unnecessary, wasted, and more or less feeble. I just ignored those scenes and concentrated on the glorious shots of fire in outer space, the problems of piloting a Soyuz through an exploding space station, the terror of being untethered and spinning wildly as you fall into the void. Sitting here, right now, I can tell you that the scene with them hanging on to the parachute cord by dear life was silly. In the moment, I was in the moment.

Hollywood has managed to make a film that there is no point in pirating. On the thin little box of your computer this movie will be laughable, the lambent visuals overwhelmed by the rote acting, the exhilaration of survival undercut by the chore of having to see Sandra Bullock undressing again (and I understand that is the reason this movie got made, I’m not naive). In the theater, in 3d, with the entire room shaking with subliminal bass as the space station falls into the atmosphere and is torn to shreds while bursting into flames, the endless vistas of space behind every window, it is magic. You feel like you are in space. You feel like you can’t breathe, like you are in deadly danger; in fact, maybe the only thing that saves the movie from being too intense is that you are certain, Hollywood certain, that Sandra Bullock is not going to die. And you cling to that tether, because if it is not true then the universe is just too cruel.

It was more than the sum of its dumb. It was entrancing, frightening, intriguing, and spectacular. It was exactly the sort of spectacle that Hollywood should give us. While I was watching it time did not exist.

I walked out of the movie and realized that I hadn’t thought about my missing dog for two hours. And that, my friends, is the magic of Hollywood.