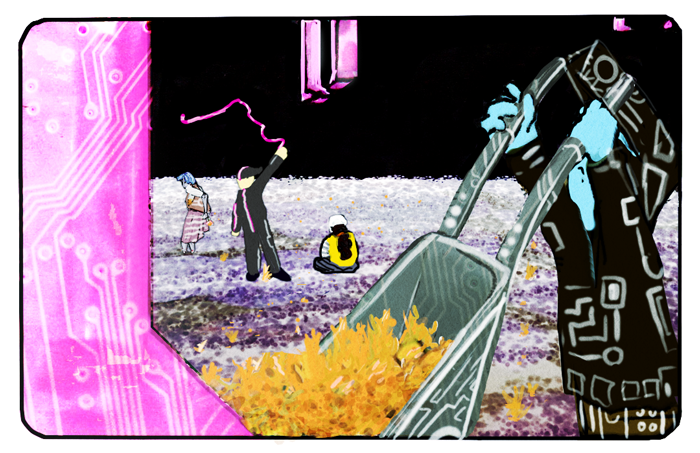 I cannot explain my recent fascination with the Legion of Super Heroes except to tell you that it is real. I truly love the Legion comics from the 80s in a way I cannot explain. They are children’s literature, written for me when I was a child, and something about them still evokes wonder. I think it’s the future that it portrays that attracts me. They propose a 30th century that’s more like the early 20th century than the 21st, but the open and friendly and amazingly detailed world that they depict has my heart.

When I read them I imagine a young artist spending days at a drafting table, trying desperately to imagine the future. I respect his quest, and appreciate it. To a certain degree, what he was talking about has come to pass.

It was worth all his trouble, is what I am saying.