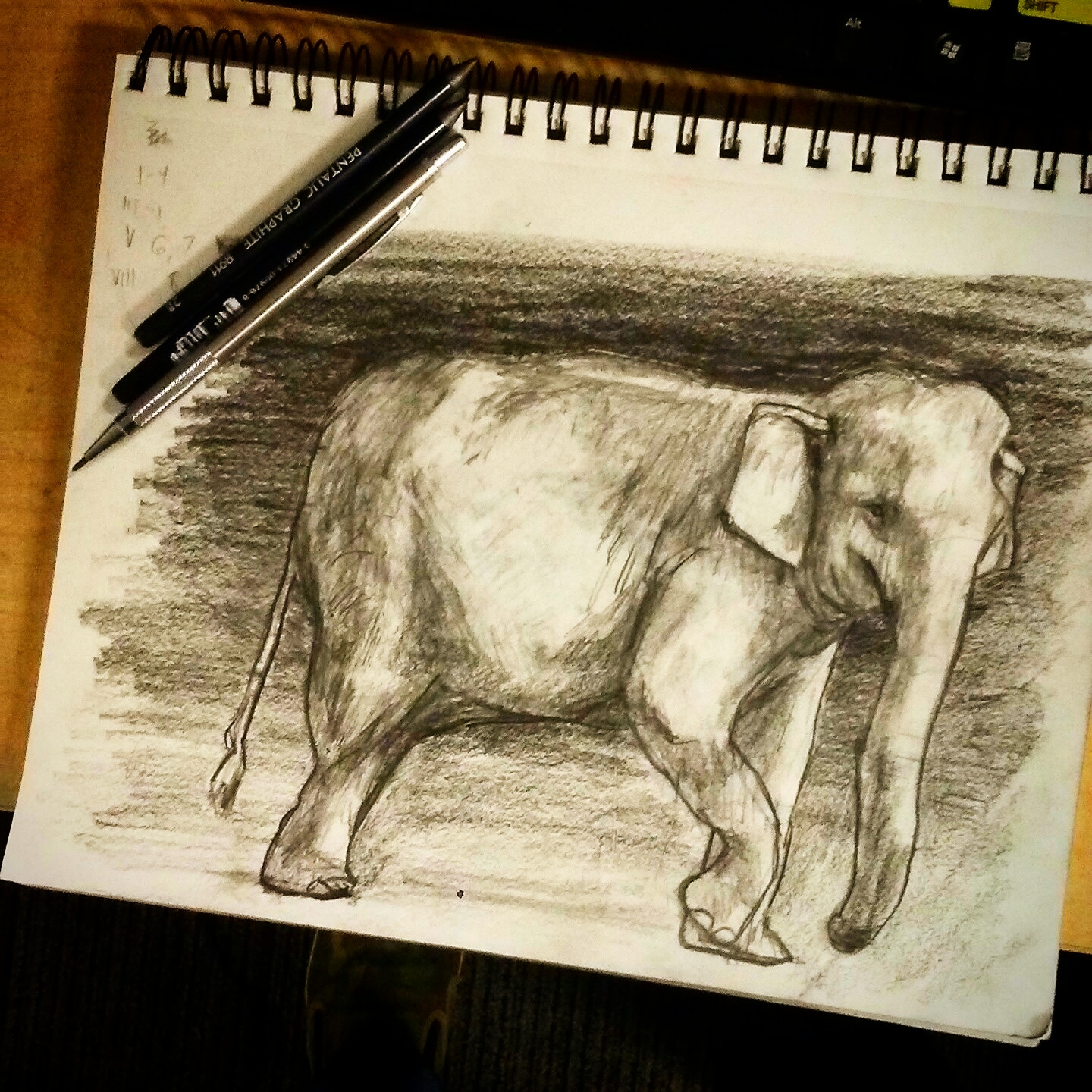 The elephant in the room.

The royal wedding got me thinking.

There was once a real purpose for royalty, and I don’t mean only in the specious sense of “they told people what to do.” I think that, back when the King of England lived worse than the average homeless man does today, things were so bad for most people that they were barely more than animals. We’re talking about people who lived in mud huts and barely owned a piece of cloth. Maybe their shining souls were obdurate and pure, but they themselves lived the lives of starving dogs.

So at least they could look up at the castle on the hill and imagine that somebody, somewhere had a life worth living.

So much about medieval religion is about getting people trapped in a hellish life of pain to struggle through for another day. But I digress.

This is the societal function of celebrity; this is what it’s good for. You can say it’s to “inspire” us, and I’d agree, so long as we note that “inspiration” is less important now that fewer of us are starving child brides dying of the pox.

So maybe celebrity has outlived its usefulness.

But celebrity was once essential because it kept people alive, or at least gave them a reason to not kill themselves when their life was lacking in such reasons.

Now, for whatever purpose this all had way back when, the fact remains that we diverged into two species due to this very human trait. It’s not two species in the genetic sense, but in the social sense. From that time on, two distinct groups have emerged from society; the rich, and everyone else. At this point, the rich are very, very different. There is certainly transmission from one world to the other. But there is no doubt that the two worlds are distinct.

This leads me to Lexington, Kentucky.

For some reason, the rich, god bless them, love their horses. They love to go watch horses do things with other rich people on them. They bring their dogs. They bring their cameras. They bring their little motor scooters. And they spend the day watching horses run and jump in complicated ways, sitting outside, being pleasant to everyone.

I think the time has come for symbiosis between our two species, because the way things are isn’t working out for either side. We’re not going to rise up and fight each other, so let’s admit it and figure out ways to get along. What do the rich want? What do we want from the rich?

The rich just want to run their horses in a little circle around Lexington, and that’s all they want from us. In exchange, they will give us the metropolis of our dreams. We can have the kindest, gentlest, wisest and most effective metropolis in the country. All we have to do is agree to let the rich run their horses around it, and they will give us anything we want.

Can they do it? Oh yes they can.

The money concentrated in the horse industry is unreal. I mean, it’s very real, but it’s mind-boggling. We live in a world where so many things are determined by how much interest some particular person had in something. That’s why so many of us go to libraries that Andrew Carnegie built. Well, men like Carnegie are rare, and the social services and charities stumble along on what dribs and drabs trickle out of the rich conscience. More is obviously needed, but what matters here is that there are enough people pumping out enough money for enough libraries that you probably have one near you.

That’s because that’s how much money rich people have put into it.

Well, rich people have put a lot of money into horse racing. A lot more than that. More than any of us can ever perceive or dream. There are intergalactic sums of money floating around the horse industry. There’s enough money that it’s its own country, and Lexington just so happens to be the local capital.

I say go with that.

I say the ethical problems in the horse industry pale in comparison to the fact that these rich people are worshipping at the altar of animals and the outdoors, and that is something that anyone who is serious about the environment should take as decisive. If there is any section of the continent of the international rich that loves nature and wants to save it, it’s the horse industry. These people want there to be horses in the world, and they’re willing to move the world to make it happen. The racing is just a silly excuse. They love the environment, they love animals, and that’s pretty good, as rich and poor people go.

So if there are ethical problems, I say solve them.

People are always going to overbreed to produce winning horses, and what happens to the extra horses is never going to be good. There are only so many riding schools, film crews, and kindly farmers to absorb the excess, and they can’t release them into the wild. So let’s admit that and come to terms with that and find an ethical way forward.

When a horse dies, and every horse will some day die, we are left with a mountain of meat. We are not going to build a giant horse graveyard and bury every horse. Let’s come to terms with that and move forward, ethically.

People are always going to do strange things to horses to try to make them run faster. These things cannot include chemicals, hormones, steroids, and pharmaceuticals. If a certain amount of horses are going to be turned into meat, and they are, those horses cannot have been contaminated. Horses have to be tested to the same standards as Grade-A meat, and it’s necessary to be honest about why.

Horses must be treated with kindness during their lives. I have no problem with regulating this aspect of the industry to micrometer tolerances. They must be retired, when possible. But we all know they can’t all be retired. The best we could possibly do would be to release them into the wild, and I suspect there’s not enough space in the world for that many wild horses.

Not that it’s all that great to be a wild, starving animal, living outside in the winter cold.

Finally, if we are going to do these things, we should do them here. We should not ship them to Sasketchewan. If the ending must come, and the ending comes for everyone, at least let these enormous, wonderful and expensive pets face it with as much kindness as we can.

These are things that we have to be honest about if we want there to be a horse industry. If we tell the truth about them, face them squarely, and let the rich people run their horses in a little circle around our town, we can have a civic wonderland.

If we don’t, oh well. Nobody wins again.