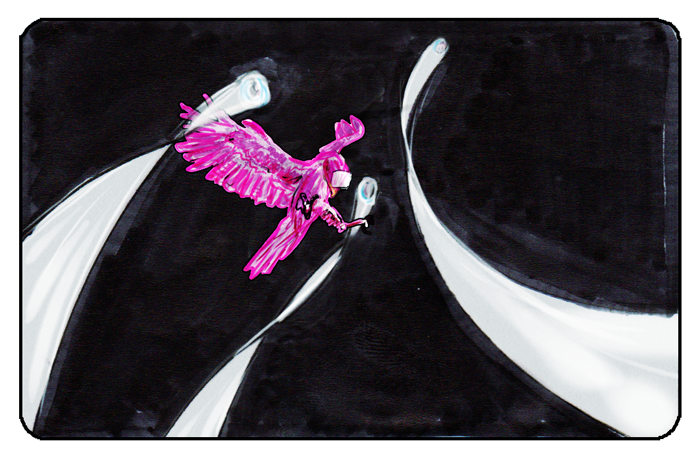 Dominic Postiglione aka Nick Post died. That’s pretty sad news. I barely knew him, but it was obvious that he was a monumentally important person to his friends and community.

He was the primary mover and shaker behind MCBA, a fantastic show in Minneapolis/St. Paul, and the proprietor of a wonderful store in St. Paul called The Source. The man did a lot for comics and comics artists.

I guess that includes me. Although I didn’t know him well, I liked him a lot and truly enjoyed our conversations. He was one of the most genuinely friendly and personable people I’ve met in comics, and there was nothing fake about him at all. He had a real knack for making people feel welcome and at home. It’s a big world in comics, for such a small world, and it’s easy to feel like you’re in the wrong place, pretending to be something you can never be. I never got that from him. He always made me feel like I belonged.

He wasn’t fake. He was a big, loud, opinionated, warm-hearted open-souled intelligent man who was as alive as anybody could be. And his health was obviously terrible. And he kept smoking cigarettes. And every time I saw him I thought, wow, there is not a healthy guy. But I was always glad to see him.

He will be sincerely missed.