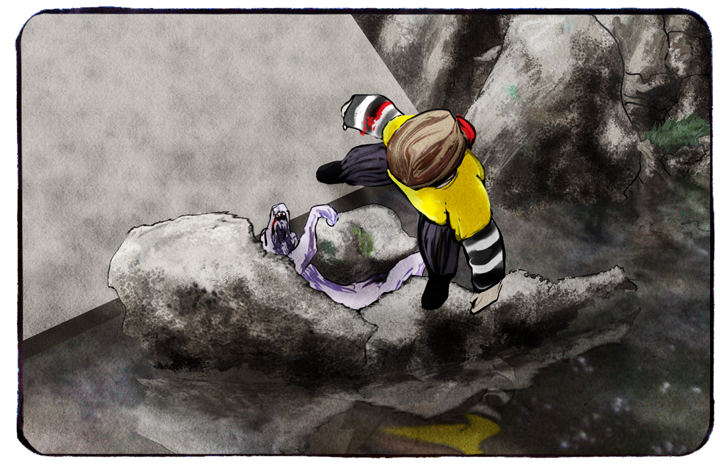 So this gig that I got, drawing the comic Monomania, that’s just one incarnation of this story. There are a lot of ways that the writers, Mike and Joey, could have gone. A comic was one of the last forms they arrived on. But good things appear when you go in the wrong direction. Creatively, that is. I wouldn’t use that tip to navigate around the city or anything.

Here, the way they appeared is that the writers got a table read for the piece. At some point they thought it was going to be an animated series (ideas go through many forms on their way to incarnation) and they got some people together and read the script out loud. Turns out that’s the best way to get a story across that I’ve ever seen. Makes sense. Story is essentially a verbal concept. Comic book scripts have never quite worked.