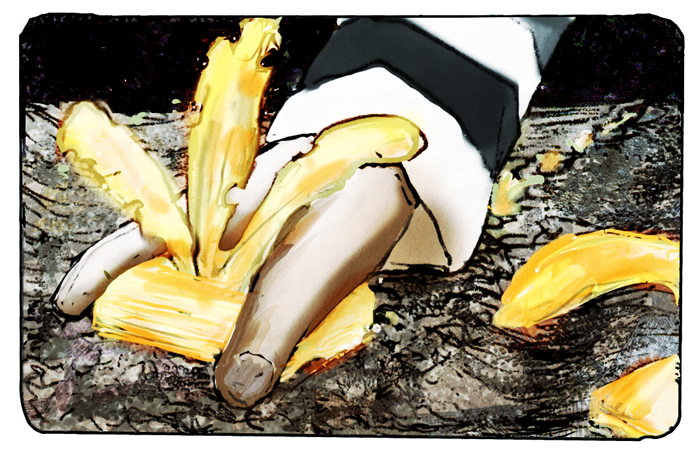 Happy wedding Melanie and Ian!  This should be a good day. 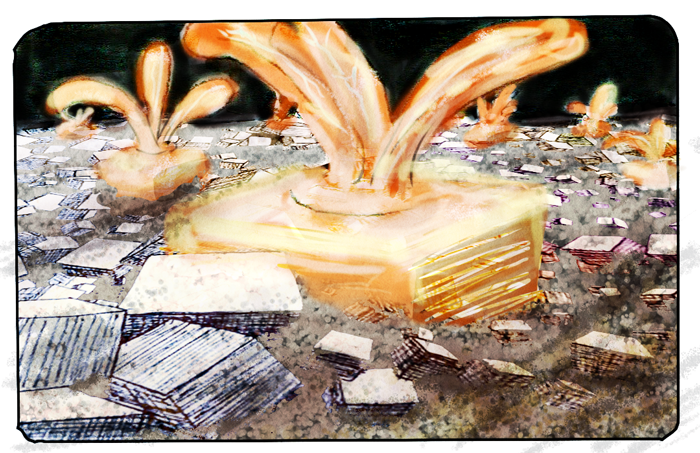 So, in answer to the question, “Does anything in Dijon figure into the story of Joan of Arc,” the answer is yes, emphatically yes. This latest book I’m reading (The Maid and the Queen, by Nancy Goldstone) is providing last pieces to put it together.

John II, King of France, had four sons. One grew up to be King Charles V, and the other grew up to be Philip the Bold of Burgundy. Charles V was a military campaigner and did a lot to push the English out of France; his life spanned about the middle of the Hundred Years War, and if he had lived a bit longer it might have been called the Eighty Years War. But he died before the task was quite complete.

Philip the Bold was a bit of a schemer. He immediately started machinating to take over all of France. He allied himself with the King of Bavaria and insinuated himself into the graces of the new king of France, Charles VI, who was too young to reign so they made Philip one of the regents.

This is the first time where Dijon comes in. In order to bind young Charles to him more tightly, Philip took him on a series of three punitive expeditions to kill some revolting peasants in Rouen, in Paris, and in Flanders — this is the year when the battle of Roosebeeke happened, where they stole the town clock from Courtrai, and took it back to Dijon, where it is still on top of the cathedral today.

Ten years later Charles VI has gone mad, because his family is all crazy schemers and killing all these peasants gets to him after a while basically, and he begins to run France into the ground. Philip uses this as an excuse to hold on to the regency, but so do his three brothers, and Charles VI goes in and out of sanity this whole time. Meanwhile the English are just running all over killing everything.

Philip was doing pretty well trying to run the place and get rid of the English, but then he died, and his son John the Fearless took over. John the Fearless was so called because he was a tremendous jerk. He played hard for the French throne against his cousin Louis of Orleans, crazy Charles VI’s youngest brother, but he wasn’t a subtle fighter and he didn’t mind killing Louis to get the job done. The duchy of Orleans fell to Louis’s son, Charles the poet, who managed to stay out of the mess for pretty much his whole life.

John didn’t let a little thing like assassinating Charles VI’s brother come between him and Charles VI, and he won a pardon for killing Louis. But still, nobody liked him. So he sided with the English. Secretly of course.

The situation turned to civil war, and the English took advantage. John the Fearless offered Henry of England huge concessions to make him King of France. Things looked bad for France. Then the disaster of the battle at Agincourt happened, and things looked worse for France. The battle ended with the decapitation of nearly all the French nobility, except for the Burgundians. They kept out of it, because they were dealing with the British on the side, and John sealed the deal by invading Paris and taking it over, driving Charles’s son out.

Charles’s son, Charles VII, was a lot saner than his father, and still wanted to be king someday. He was only fifteen years old, but he continued to press his claim (even though his father was still alive). The only thing he really had going for him was his mother-in-law, Yolande, the Queen of Anjou and the leader of the remaining French. She had carefully groomed Charles for years, keeping him alive and away from John.

John had won Paris, he had what he wanted. But, with the stunning victory of the English and the collapse of the French Henry looked like he might take over more than John wanted him to. John wanted to be king of France, not Henry. So he decided to meet with Charles VII and try to end the whole thing.

In 1419 They met on a wooden bridge on the outskirts of Paris under the flag of truce, but for somet reason tempers flare and Charles’s friends murdered John. Nobody is exactly sure why, but there are plenty reasons. John had murdered Charles’s uncle Louis and never been punished for it. Two of Charles’s other brothers had mysteriously died while in the care of John. John had sold out Charles’s father to the King of England, and harried them for his entire life, and now he had driven him out of his home. Also, Charles VII was just sixteen years old at the time, so impulsiveness probably had a lot to do with it. John (who was 48) was probably the personification of wickedness, sin, and rudeness to Charles.

After the assassination of his father John’s son, Philip the Good, the guy who built the priory, openly joined the English. Charles VI remained as a pawn for a couple more years before dying, and then the Kingship, what there was of it, devolved to Charles VII, who was exiled from Paris, uncoronated, and entirely controversial. The English controlled Paris openly. And that’s where the situation stayed for the next ten years, steadily getting worse, until Joan of Arc appeared. 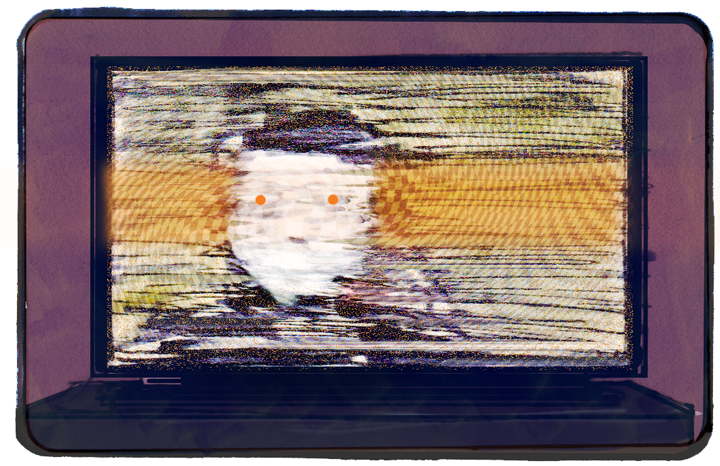 Have I ever told you my theory about chemtrails?   They’re stupid.

Here’s the thing. If they’re seeding the sky with barium, it’s not because they want people to breathe barium. There are a lot easier ways to get people to eat stuff. No, they’re seeding the whole planet. All the plants and the animals and the entire biosphere. The only reason I can see for that is to make us taste better to aliens.

If that is the case, then you should just enjoy the life you have, because if they have secretly come over here from other stars to make you taste good they are totally going to eat you, and daring to expose them is about as useful as tilapia plotting a coup of Finland. Either fade into the woods like Jaguar Paw at the end of Apocalypto or stay out here with the rest of us, take your chances, and quit whining. YOU ARE AFRAID OF THE SKY. It is intensely boring to the rest of us. 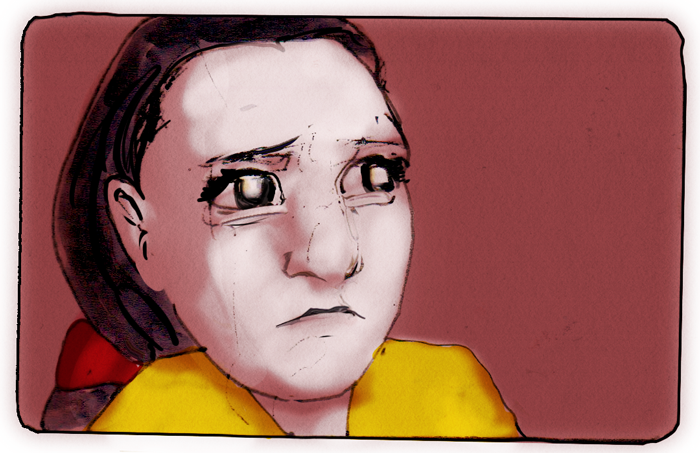 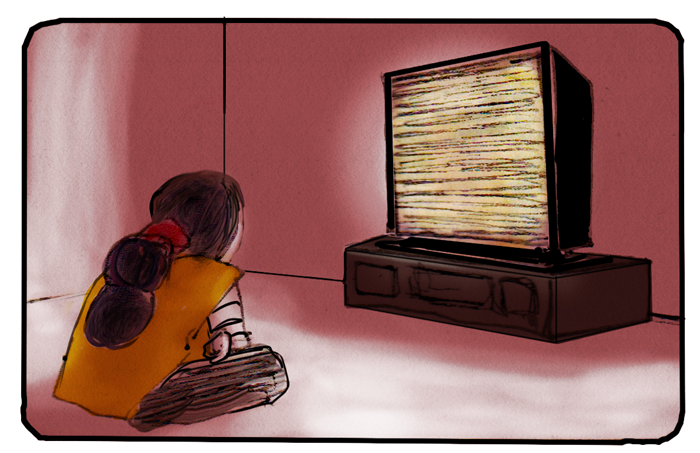 I have a terrible confession to make.  Leda, the main character, is supposed to be Indian.  As in, from the subcontinent of India.  Her mother as well.

The fact that you have gotten this far in the story and have not been able to tell that yet is a sad indictment of my skills as an artist and also a limitation of my format.  I drew this thing deliberately small, and sometimes that has been a real limitation.  I haven’t been able to do the close-ups and the giant distance shots that I usually do.

Most importantly, I’m embarking on an emergency drawing tour of India.  I have to answer the question, what makes Indian people look Indian?  Because if I can’t answer that question, my main character can’t be Indian. 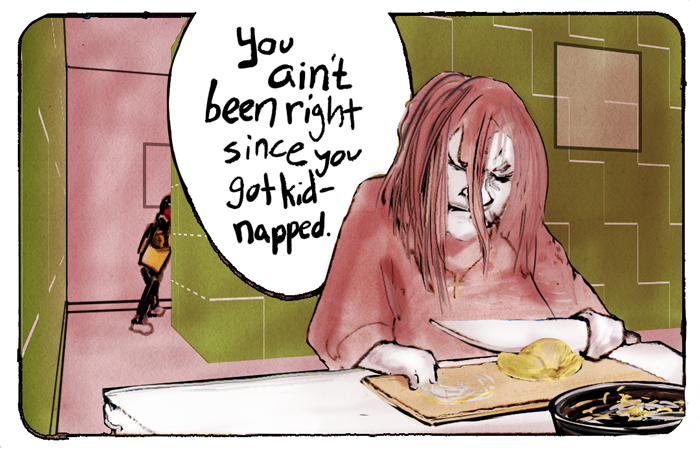 Finally got a working computer again! Oh sweet heavens thank you so much universe for this fine and functioning computer that I can use to draw funny pictures to put on the internet. I sincerely like this thing a lot.

Thank you to my sweet wife Gewel Kafka for helping me to get this moderately priced modern marvel. The deal was that I would get us through the summer and she would help me get a computer when school rolled around. I have to say that she kept her side of the bargain in much better style than I kept mine. I love her. 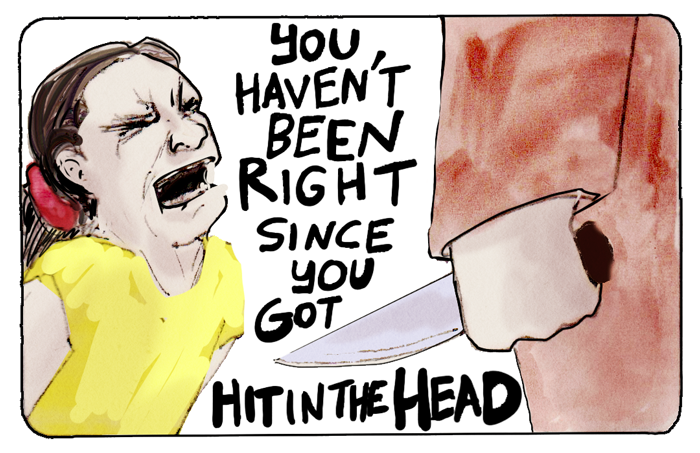 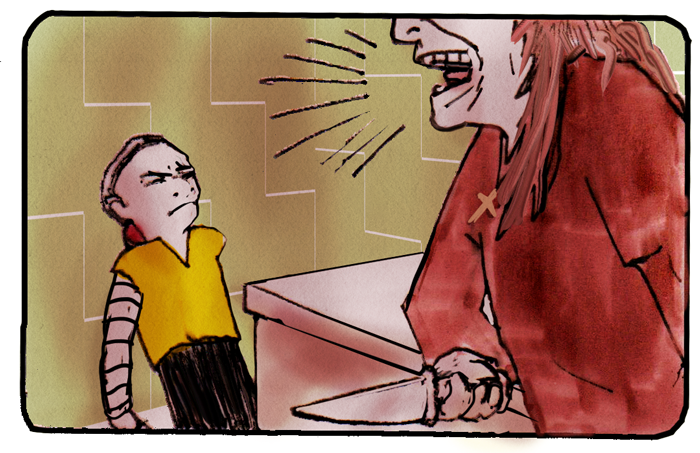 Now that I have one (succesful!) Kickstarter under my belt, I want to do a crazier one.  It’s all well and good to fund Rocksalt, and Rocksalt needs funding (please send us all your moneys k thx bye) but I want to do weirder things with it.  I want to make a card game, and I want to print namecoins and distribute them.  Both of those would use Rocksalt as an ideal distribution channel.
I also want to fund much stranger things, like the Austin Municipal Danceatorium, a Googlecar-based taxi service, and giant billboards that have all the English pronouns and difficult grammatical constructions (so truckers and other people driving through Austin can learn basic English).  It’s all dependent upon my ability to communicate to Kickstarter what I need.  I don’t know if it’s a business or a living but it’s amusing as all heck. 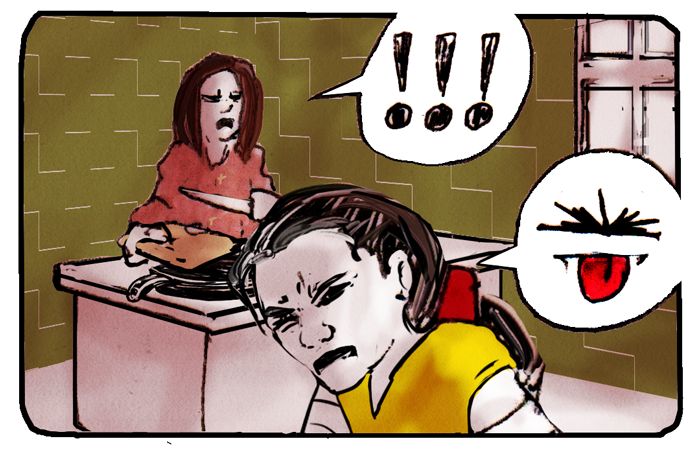 Is the amount of water in the world increasing, decreasing, or staying the same?  These are questions that I once would have pondered on endlessly, but now I can just find the answer.  That takes some of the fun out of it.  I’m delaying googling it because I want to enjoy the mystery a little bit longer.