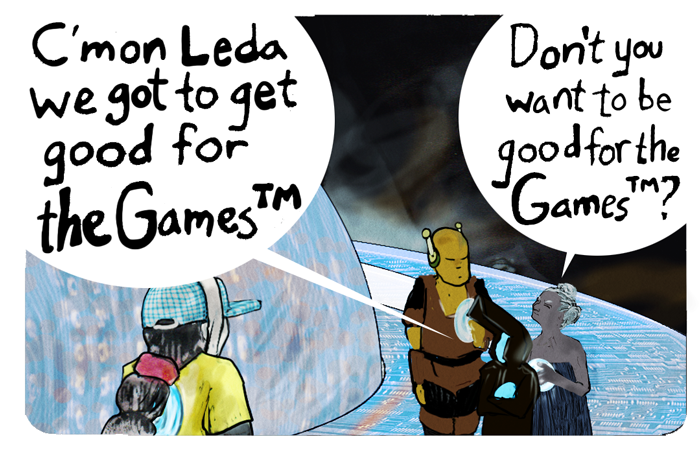 I feel like I’ve gotten a little better at the internet lately. About got the hang of getting a thousand people to read something I write and post on this blog. That may not seem like much to some, like an impossibly huge number to others. In reality it’s on the very low end of Internet Anything, but it’s still sort of neat.

It’s hard to say stuff like this and be interesting, but I also know that we are all most interested in what we want to do ourselves (I know I am), so I know that at least some of the people reading this want to know “How do I build a barely successful blog?”

Well, you’ll be pleased to hear that entries like this have practically nothing to do with it. The writing that I do for each comic is more like practice than anything. It’s a text sketchbook.

Practically all my consistent readership seems to come from advertising (Project Wonderful is pretty great yo), internet friends that I’ve made over the years (I’m looking at you Facebook and Livejournal), and writing about True Detective. If you treat your blog something like a dinky newspaper, where you find things that people are interested in and sort of try to get there first, you will be rewarded with an extra significant digit worth of readers. I got lucky with True Detective because HBO bothered to make a show worth watching and it got popular enough that people besides me were interested. Believe me, most of the movies I want to write 25,000 words about are not exactly popular. No matter how many people would read about the Sopranos now, it’s nothing to how many would have in 2004. Lesson learned.

Sorry if all this is obvious. It was obvious to me, too. I just didn’t do anything about it. For years.

So on the principle that I should keep doing something because it worked and I liked doing it, I’ve substantially expanded my film-and-TV (they are the same thing to me) criticism. Write something interesting about TV, post it on reddit, enjoy the thousand extra readers; that’s how it’s done.

I’ve been lucky enough to find a secondary posting site — The TV Dudes. It’s a good site run by some friends of mine who have had some success on the web before, and I’m hoping that it will become a sort of global resource for serious TV criticism and also ludicrous TV criticism, which are my two favorite types. Since they’re doing me the favor of reprinting my articles and I sure do enjoy the secondary wave of hits that I get from them, I’m going to keep posting things here first and then sending them over to them for reposting. Maybe we can make a place that publishes the sort of articles that I want to read…

So, anyway, I’m all in on this thing. I’m going to keep watching good TV and trying to think of truly interesting things to say about it and publishing them here and there and we’ll see where this goes.