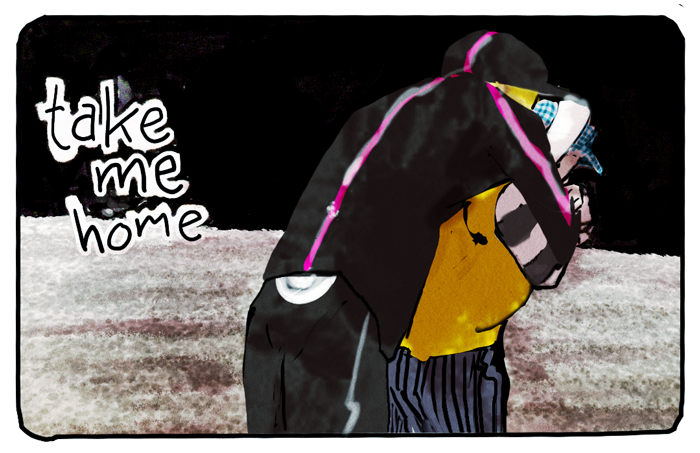 I’ve been trying desperately to avoid meta-commentary right now because I’m terribly worried that there is nothing in this world more boring than an artist talking about a story that nobody’s reading. BUT, every once in a while my work is interesting to me, so I’m gonna talk about it for a second.

This is the end of book #2 of Feef, which is one of the weirder stories I’ve ever written. I’m not really sure how the story worked — it hasn’t “found its audience yet,” to put it mildly. That makes me sad, but let’s face it, if audience disinterest could stop me from making comics it would have made me stop a long time ago.

I hope it does find its audience — don’t get me wrong, I hope you read this and think about what a self-pitying jerk I am, but trust me, I read these words before anybody else, and at the time of writing, there are not as many people reading this comic as I would like.

The story’s been going a little more than a year now. One of the most eventful years of my life, but that’s not the point. The story itself has already gone places that I haven’t expected, moved faster than I thought it would. I hope we’d agree that a lot has happened in the last 109 frames.

As I work on this story and get little bits further ahead I’ll speed up the comic. For example, I have a two month lead right now. This is after losing my computer for nearly six months and only getting it back a month ago, so the lead is rapidly increasing. Every time I get a year lead, I add another day a week to the production schedule. If things keep going the way they’re going, we’ll be at three times a week around…May 30th of this year. I’m very curious, let’s see if I hit that target.

Other than that, I don’t know what to do except to pay for advertising and keep telling the story as best as I can.

So far we’ve seen a terrifying but somewhat cliche story about a home invasion and kidnapping, some very odd comics about language and anger, and a quick trip to an alternate reality where things are murky, desaturated, brutish, and short. What does it mean? I promise that I know and have no intention of telling you any time soon. I hope you’re enjoying the comic. I’d love to hear from you if that’s the case.

In the next comic we go to school with Leda.