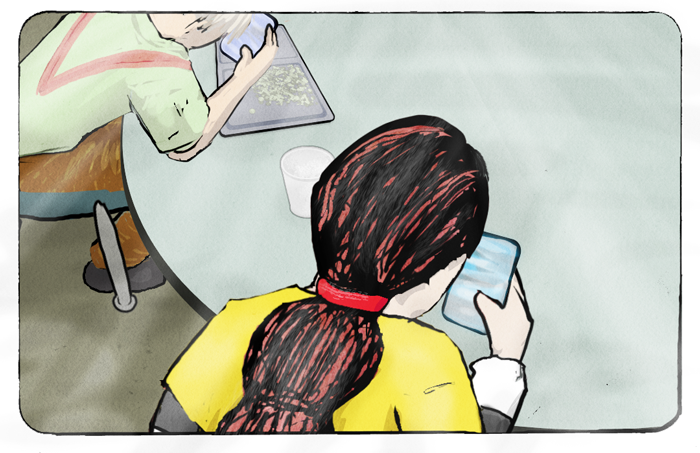 Should he be punished? Well, he’s already being punished. His name is synonymous with child sexual abuse. That probably doesn’t feel good.

Should he be punished more? This is a man who survived the Holocaust and his wife and unborn child were murdered by Charles Manson. It’s literally impossible to punish him more than life has already punished him.

Should he be punished, right now, with prison? Well, you’re not rehabilitating him (because he would just die in prison), and you’re not making sure it doesn’t happen again (because he’s already far too old for it to ever happen again), so you’re basically punishing him as an example to other people.

Sure, fine. Other people need to know that if you sexually abuse a child we’ll pursue you to the ends of the earth So there’s a societal need to punish him.

Sure, yes! Why are you being difficult about this? Well, it’s not about the wishes of the victim, then, is it? Because the victim has specifically said that she wishes everybody would just drop it. So this isn’t about what really happened, is it? Because neither you nor I know what happened forty years ago between two people that we have never met; only those two people know, and they have said all they’re gonna say and want no more to be said at all.

Our contention is that the basic facts of the case are so terrible that we must do something to him. There is no reasonable set of actions that can be described by the few words we know about this case. A grown man drugged a young teenage woman and had sex with her. There is no way that can ever be okay.

So there we are. We have to punish a man who cannot be punished because we have to demonstrate that we cannot refuse to punish any set of actions that can be described by the words above. Rehabilitation, a tricky idea at the best of times, is not possible from our point of view. Redemption, again probably not possible ever, is definitely not possible here — and in fact if forty years of blameless life since cannot show contrition or deserve redemption, if even the plea of the victim is not enough to stir us — then there is no redemption. To have done something that can be described as that can never be forgiven. The only thing to do, if you do that, is kill yourself, and killing yourself will not buy redemption, it will only deafen your ears to the accusations forever.

But I don’t see a way out. Not in this culture, not with what we believe.

We can’t refuse to punish those who violate…I want to say children, but that’s not precisely what you are at age thirteen. We can’t refuse to punish people who sexually violate other people. We know that there are cultures where it’s normal. We know that all through history thirteen-year-olds have been making adult decisions, getting married and having babies, both men and women, and it’s happened from the dawn of time and it’s happening right now, but it is not happening here and it is better than way. Thirteen-year-olds need to be protected from the old and the rich and the depraved. It’s a societal necessity. The only way we know to do this is to enact strict laws and punish those who violate them severely.

But this is leading us to an impossible position. It’s forcing us to punish a man who cannot and should not be punished. I don’t mean he should not be punished for what he did, I mean that he should not be punished because he is an eighty-year-old Holocaust survivor whose wife and unborn child were murdered in arguably the most vicious murders of the 20th century and the victim specifically wants to forgive him of this crime. The crime that he committed is terrible to us, because we have lived lives where that is an unusual crime. But this is a man who went through the Holocaust. His eyes have seen crime on a level that we literally cannot understand, that we know for a fact that we cannot understand.

It’s actually hubris to punish this man, it’s saying that we understand life and fate well enough to willingly crush a man who deserves, by any reasonable standard, to be left to die in peace. Understand that what you’re asking for here; you want armed men to go to the house of an eighty-year-old man and torture him to death, because the trial and prison will absolutely kill him. Now think about who that person is — not what he does for a living, but a man who survived the extermination of everyone he ever knew, only to come to America and find love and family again, only to have it ruthlessly torn apart with knives and bad drugs. He’s suffered in a way that we cannot comprehend, and that’s not hyperbole. Whatever metric you use to measure emotional pain, this man tips your scales.

What I get out of this is that punishment might not be the right way to deal with these things. You’re welcome to disagree with me on any point, but that’s the most I can take away from this. That, and how rich and weird and sick and sad and beautiful life is.

How can we dare to end such a life? Are we that certain of ourselves?

At what point will we feel mercy?