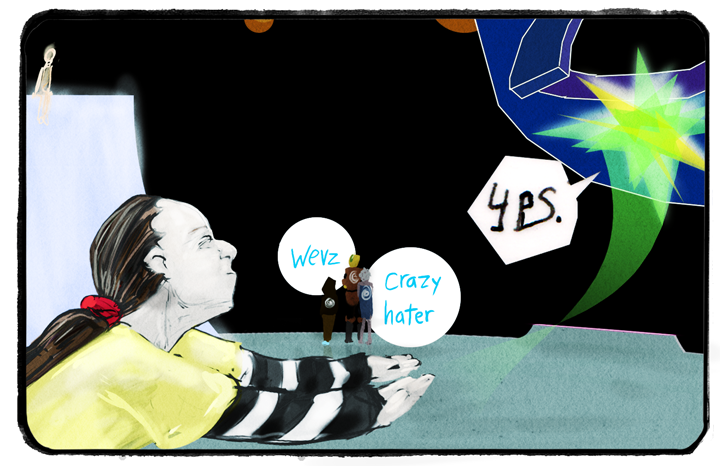 Dumbo: The subtext in that film is RICH.

It’s a fairy tale about modern labor relations, and the moral is “If you do a good job we will let your mom out of jail.” It was made during a vicious animator’s strike at Disney, which is why it’s short, and the people who finished the film were the ones who Disney didn’t fire for trying to unionize.

The clown scene in silhouette, where they’re drunk as skunks and talking about going to ask the boss for a raise, was animated by two union organizers who left immediately afterwards. It’s a rather pointed dialogue, if you notice. 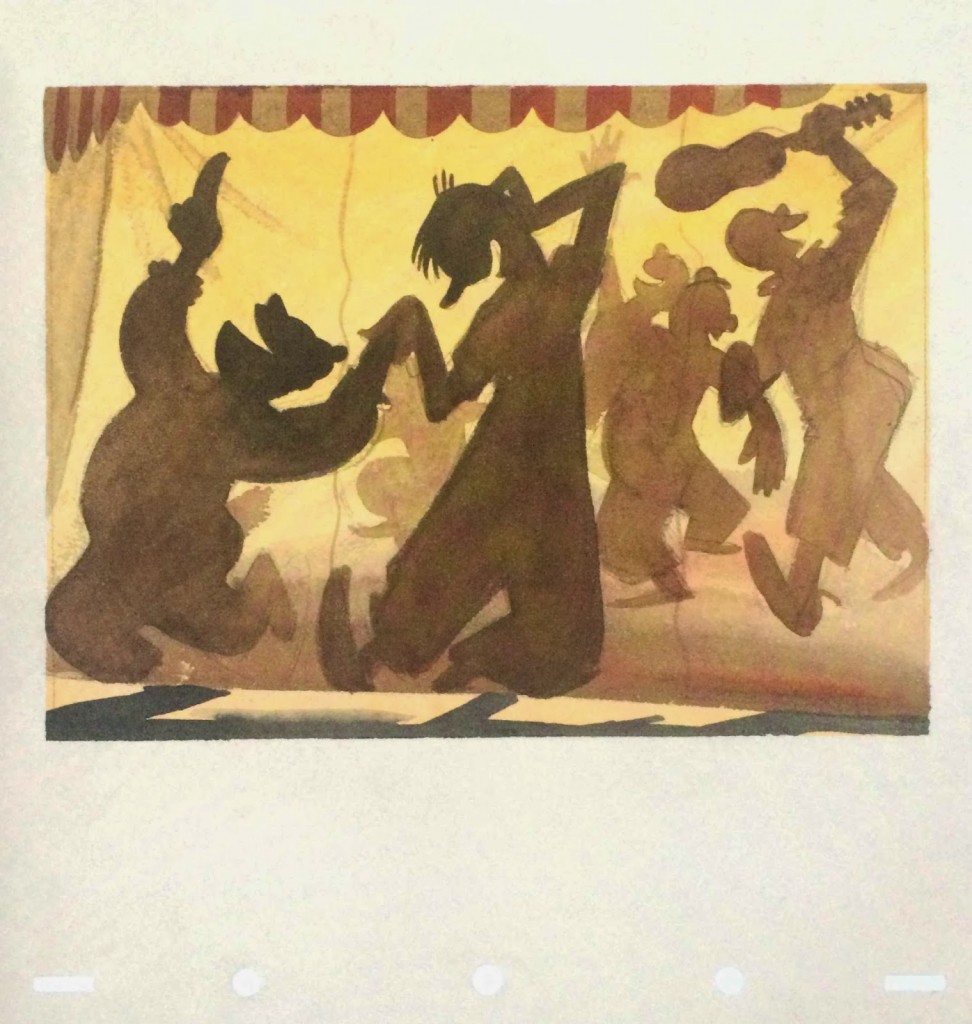 The clown scene ends with the spilling of champagne in the water bucket, and this causes the Pink Elephant sequence. It ends with Dumbo up the tree, having flown for the first time. That is a shamanic journey, my friend. Not just for Dumbo, either, but for our whole society.

I’ll point out that LSD was actually invented in 1943, and Dumbo came out in 1941. This is a pre-LSD society that came up with Pink Elephants. That fact continually blows my mind.

People who dismiss the crows as racist caricatures are missing the fact that nearly every single character is black. The elephants are explicitly juxtaposed with the faceless black circus workers during the tent-raising scene, and it can’t be overlooked that Dumbo is an African elephant born to an Indian elephant. The animators who were still working at Disney were examining their perceptions of the black experience in America in the 1940s, comparing it to their own experience and the compromises that they were having to make to stay employed at Disney, and expressing it through one of the saddest and most harrowing tales about employment that America has ever produced.

By the end of the film, Dumbo has given up. He will never be free. He tried on a number of identities, including the alcoholic and the clown, and none of them were functional. The crows have taught him how to fly, but he does not use that to escape. Instead, he stays at the circus, and trades his labor for his mother’s freedom.

It is presented as a happy ending.

I’d wager that the animators that stayed behind at Disney were, generally, the ones with families to support.

A few facts about Walt Disney:

1. He was from Kansas City, where he grew up very poor. It’s fair to surmise he knew a fair number of black people, though I don’t have any way to confirm that.
2. His father was a good-for-nothing socialist who would steal his own children’s money and had a fierce temper. (Just to be clear, I’m a socialist too, I’m not putting socialism down, I’m saying Elias Disney does not appear to have been a good father or a good provider but he appears to have been a real loudmouth socialist caricature). He was such a genius that he tried to make a living as an orange grower in western Kansas. Have you ever been to western Kansas? It wouldn’t take much sense to know that made no sense.
3. After Disney’s enormous success in the late 1930s, he bought his parents a house. The house had a gas leak and killed his mother almost immediately, in 1938. His father died shortly thereafter, during the production of Disney and the artist’s strike, in 1941.