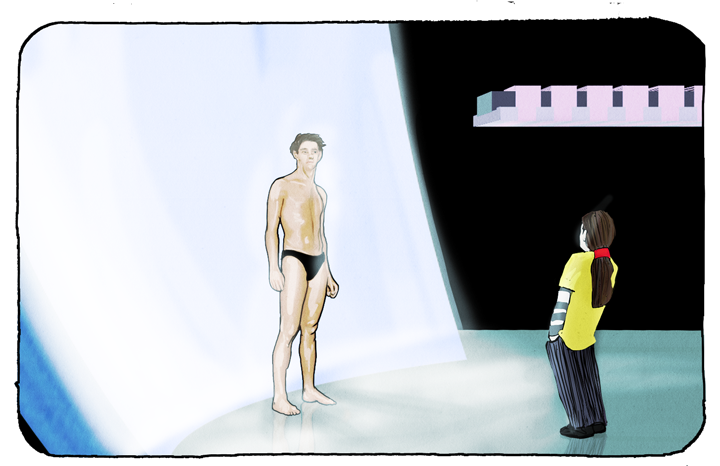 Watching “Rope.” There’s a reason why everybody who watches this movie describes it as a movie that is not worth watching. By never cutting the camera ever they manage to make the whole thing seem like a high school play. Maybe it’s the dramatic artifice that they use — two guys kill a guy and then have a dinner party with his corpse under the dinner table, one of the murderers keeps acting creepier and creepier and the other one’s feeling guilty. It’s a good idea, I guess, sort of interesting, but their attempts to turn up the heat are like a slipped screw.

It’s an experiment that failed. It is interesting in how boring it is. I’m glad that they released it so you can see why nobody has ever tried it again.