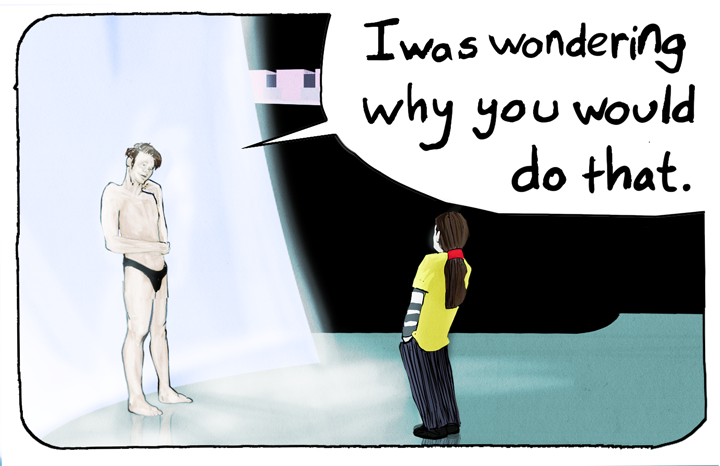 I can’t see the TV from where my computer is right now, but my roommate is watching John From Cincinnati and I’m listening along, and a lot of things about the show are much clearer when it’s taken just verbally.

One is that the show uses barely any music, but the music it uses is amazing.

Two is that this is definitely a sitcom.

An old man’s need to sleep with young women is pretty mercilessly skewered in this show. This is contrasted with all the very real needs for redemption that surround him: Vietnam Joe and his poisonous story, Butchie and his heroin habit, Brucie and the ghost. Maybe it’s because Mitch is the only one, of all these people, who does not have any real problems.

Cass is a pretty interesting character.

The middle of the season is some sort of peak of television. I just can’t believe how well written it is. I just noticed that Kai gets maneuvered into standing there holding a loaded gun behind her back through the whole scene when Sean’s mom gets to see him for the first time. Absolutely amazing.